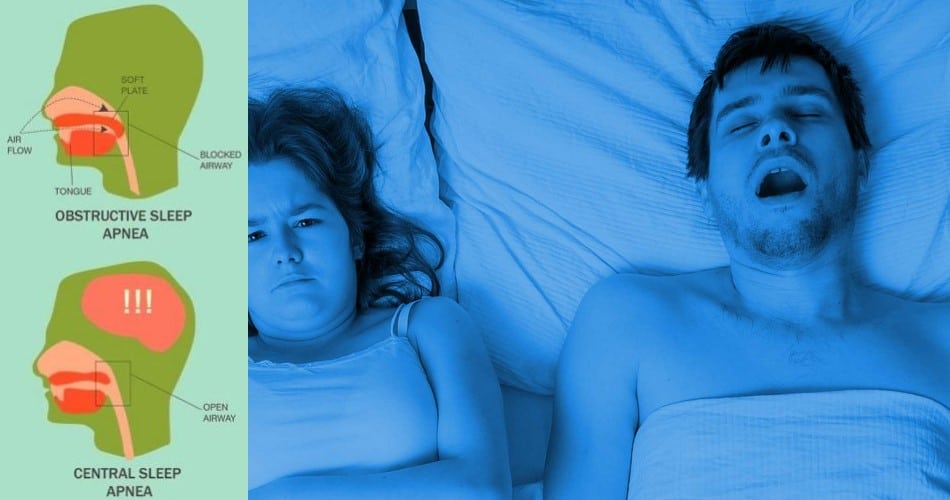 If your partner or roommate complains about you snoring at night, there is a high chance you have sleep apnea. We are going to distinguish between obstructive and central sleep apnea.

Sleep deprivation can cause fatal effects like heart failure, diabetes, or obesity. One of the causes of sleeplessness is a disorder known as Sleep Apnea. It is one of the most common sources of sleep deprivation.

Sleep Apnea is a sleep disorder characterized by obstruction of the flow of air from the mouth, through the throat, and into the lungs. You stop breathing several times during sleep. It could lead them to wake up in the middle of the night.

People with this sleep disorder are do not rest properly in the morning and experience daytime sleepiness.

We are going to inspect the different types of sleep apnea.

Interruption of breathing during sleep marks sleep apnea. It happens several times during sleep. Therefore, the body and brain do not get enough oxygen because of this interruption.

A healthy person breathes when they fall asleep. The air flows in through the mouth or nose pass down the throat into the lungs. However, for a person suffering from sleep apnea, the airway continually gets blocked.

For a healthy person, the muscles surrounding the airway are strong enough to hold when they are asleep. The muscles relax for people with apnea causing interruption to the normal flow of air. When the body senses a shortage of air, it responds then the breathing continues. The same cycle continues until the person wakes up in the morning.

This shortage of breath may cause you to wake up in the middle of the night. It makes it hard to go through all the stages of sleep. You might wake up in the morning feeling tired and with a dry mouth.

Sleep apnea is categorized based on what causes it. The two main types of sleep apnea are as follows:

Obstructive sleep apnea- It occurs when the tissues at the back of the throat relax. When they relax, they block the airway.

Central sleep apnea- It occurs when the brain fails to send signals to the muscles that control breathing. Loss of breath wakes up the brain.   Signals from the brain are sent to restore normal breathing. The cycle continues until you wake up. 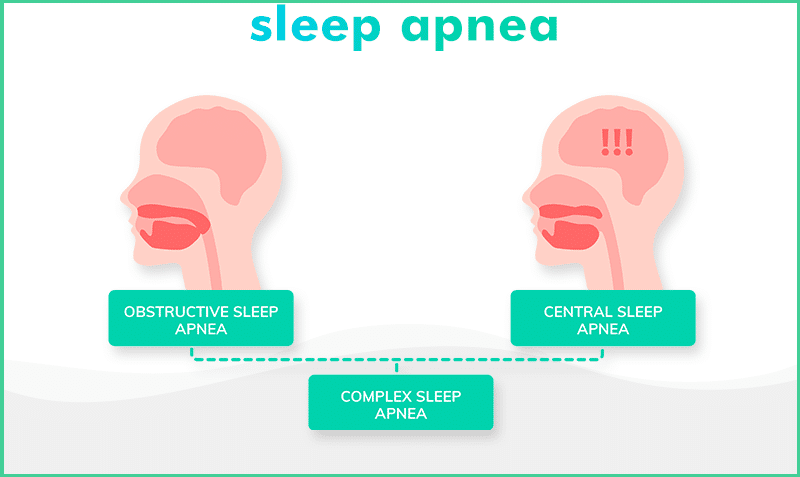 A combination of obstructive and central apnea is called Complex sleep apnea. Breathing during sleep is interrupted by both soft tissue relaxing and the brain failing to send signals to the muscle controlling breathing.

Sleep apnea causes the body not to get sufficient oxygen. The carbon monoxide levels released by the cells increases. The buildup causes the brain to wake up. It then sends signals to the relaxed muscles to stiffen and allow air to pass.

Obstruction sleep apnea occurs when muscles at the back of the throat relax. These are the same muscles that support the tongue, tonsils, the throat, and the soft palate.

Sleeping in certain positions causes these muscles to relax. This relaxation of the muscles narrows or completely closes the path where air flows. The level of oxygen reduces in the body and the blood. The brain senses the low levels and causes you to wake up to expand the muscles.

It happens in very little time, thus won't notice it. You might choke or gasp for air. Once you take the breath, the brain reduces its activity. The cycle continues until you wake up. The number of times it happens determines its severity.

You will experience an interruption in breathing 5-14 times in an hour.

You will experience an interruption in breathing 15-30 times in an hour.

You will experience an interruption in breathing 30 or more times in an hour. 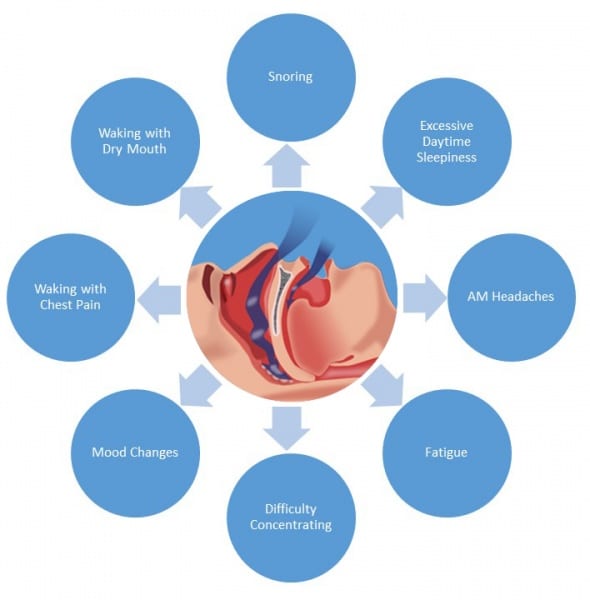 Weight is a cause of sleep apnea. People with weight issues are more likely to have obstructive sleep apnea.

The fat tissues accumulate around the throat area. It makes the airway narrower than usual.

Obstructive sleep apnea can affect both adults and children. Adults are more likely to suffer from it since muscles also lose tone with age.

A narrowed airway due to tonsils or adenoids can increase the chances of having sleep apnea.

Smoking may cause inflammation or reduce fluid retention in the airway.

This form of sleep apnea is uncommon. It occurs when the brain fails to transmit signals to muscles responsible for breathing.  Central apnea is purely a communication problem. It is caused by medical conditions that affect the brain. It may also be caused by sleeping in a high altitude.

It is a lack of drive to breathe when you are asleep. It may cause cardiovascular problems. Several manifestations of central sleep apnea include the following:

Its main feature is an unstable ventilatory drive when one is asleep.

Changes in altitude may increase or reduce breathing patterns.

Some drugs may cause breathing to reduce in a pattern or to stop.

It is associated with people who have weight problems

It is associated with heart failure and strokes. 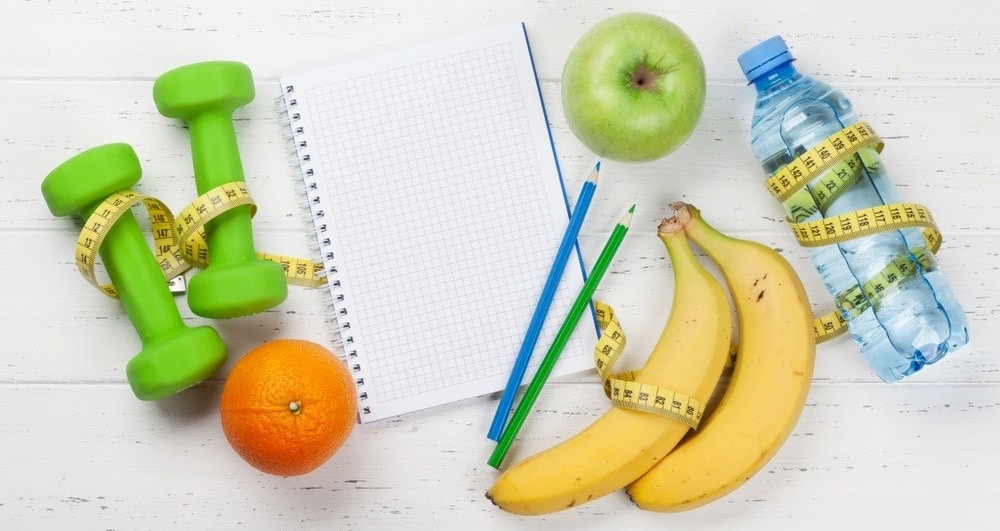 Treatment may involve activities that will help in breathing. They include avoiding smoking and avoiding drinking alcohol.  Exercises will help in losing weight.

Research shows that the best sleeping position for people with sleep apnea is sleeping on the left side. 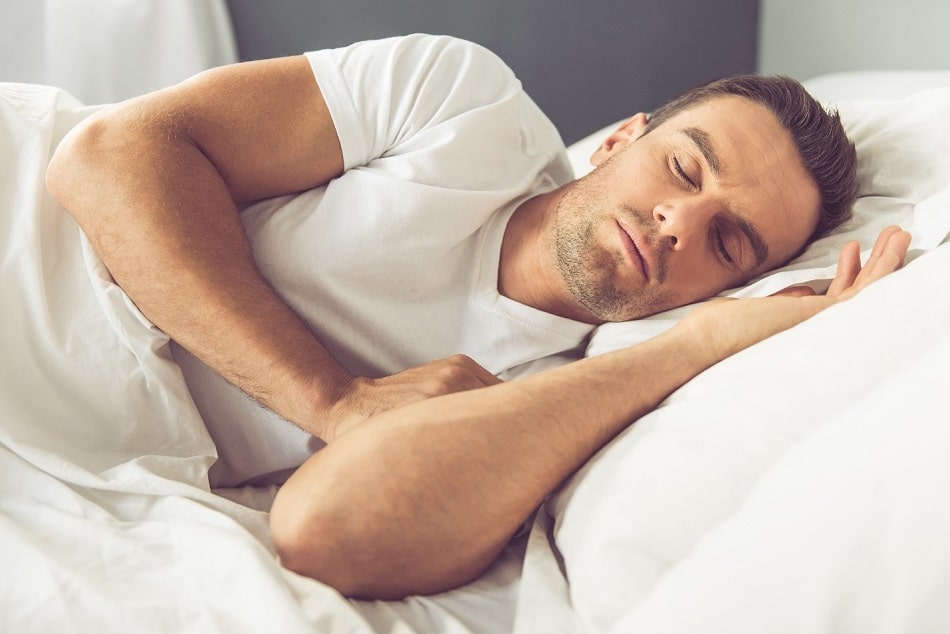 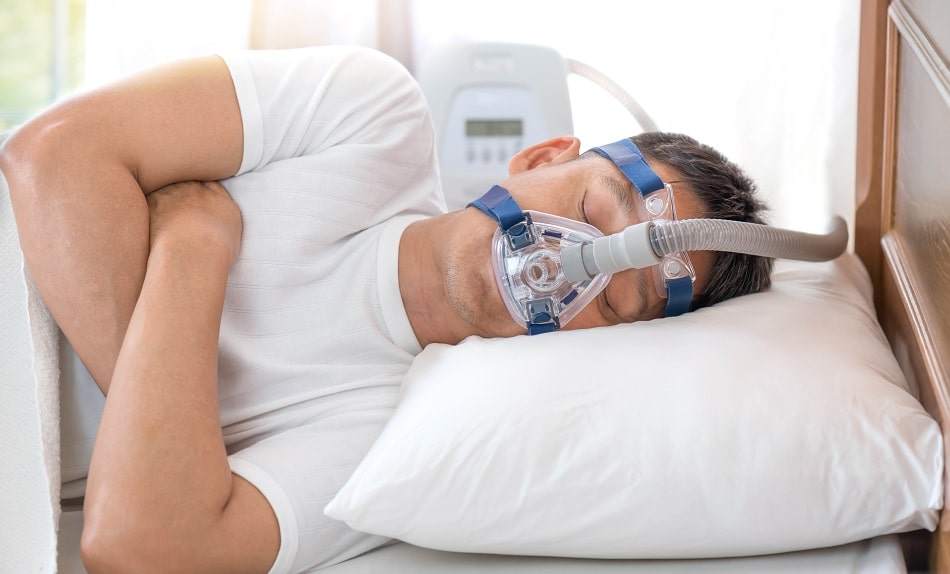 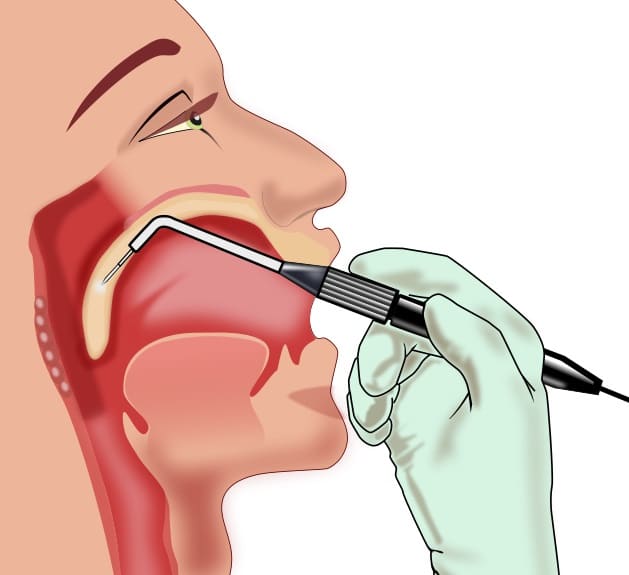 Surgery can be done to either remove excess tissue that makes the airway narrow or to stiffen the tissues to prevent them from collapsing.

In closing, sleep apnea occurs when there is an interruption of airflow. It can happen when the tissues around the throat relax or when the brain does not communicate to the muscles controlling breathing.

There are two types of sleep apnea. Obstructive sleep apnea occurs when muscles relax during sleep. Central sleep apnea is associated with the brain failing to communicate with the breathing muscles.

The other type of sleep apnea is rare. It is a combination of obstructive and central sleep apnea. In this case, the tissues around the throat relax to narrow or close the airway. The brain also fails to communicate with muscles controlling breathing.

There are ways to treat sleep apnea. One way is to improve breathing through lifestyle changes. Exercise helps in weight loss while avoiding drinking or smoking keeps the airway open.

If you want to know more about the Sleep Apnea, please check out the article we prepared below: