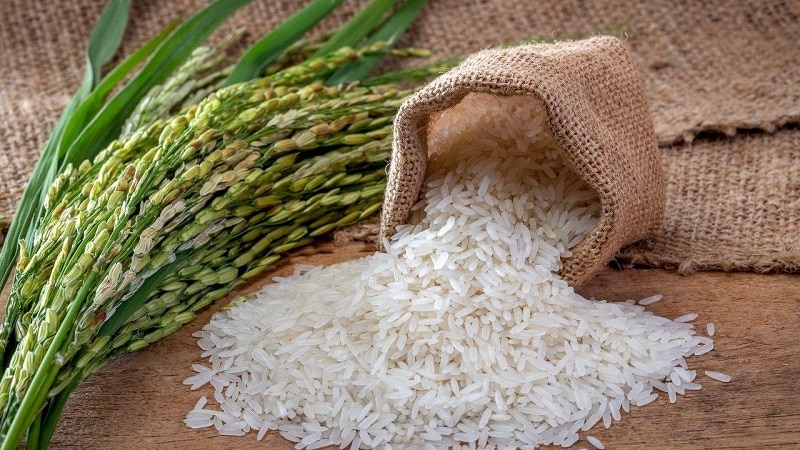 If you’re not on a low-carb diet, chances are, rice is one of your best friends. Consumed as a staple by countries in Asia, Africa, and Latin America, rice is one of the major cereals being produced in the world.

It is the most important cereal in developing countries. Rice comes in various shapes, colors, and sizes. There is black, yellow, brown, aromatic, long-grain, short-grain, glutinous, and many more!

Much like how versatile the forms of rice are, this cereal is also introduced to the table in various ways. Ever heard of sushi? How about a burrito? Let’s take it up a notch; what about risotto? Don’t even forget about the sweet rice cakes. Rice can literally come in all forms! Although it works as a perfect pair for almost all viands, rice can be a bit heavy on the stomach. As such, the tendency is to have leftovers in bowls, plates, or other containers.

So, the next question is, “Is it still safe to eat the  rice you left on the countertop after a time ?”

Before answering this, we need to know more about rice. 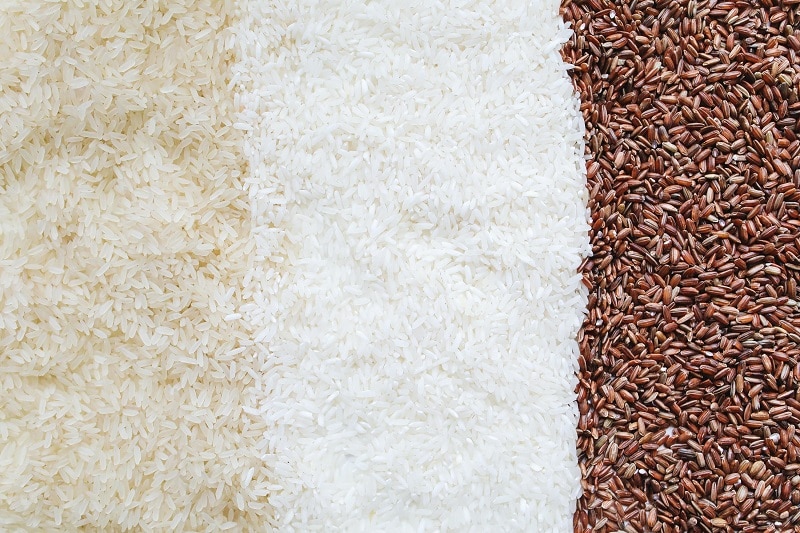 Rice is very attractive for contaminants. In fact, numerous cases of food poisoning outbreaks related to rice spoilage. Reports such as that from pubmed.gov of diarrheal symptoms of poisoning have been linked to consumption of leftover rice dishes and in some cases, even emetic symptoms. It is mainly composed of starch and is most usually cooked by boiling or through any cooking method that involves the addition of water. For the rice to be acceptable for consumption, hydration, and gelatinization of its starch needs to occur. This gives rice that pillowy and soft texture.

Depending on the type of rice, its ability to hold water may vary. Similar to all other organisms, microorganisms require water to survive and grow. And most outbreaks related to rice have been identified to be caused by a microorganism called Bacillus cereus.

As rice is grown as crops, their contact with soil is inevitable.  The majority of the contaminating microorganisms are soil-borne. Other microorganisms related to the spoilage of rice include those from the genus Staphylococcus and Aspergillus. These microorganisms are capable of producing emetic and diarrheal toxins that are heat resistant.

It’s important to know what conditions favor the growth of spoilage agents, which leading the rice stale.

As we have mentioned that microorganisms favor the presence of water, it is quite impossible to inhibit their growth if you just leave them inside the cooker or on top of the counter. In fact, these microorganisms are innately present on raw grains of rice.

So, the main challenge is how to prevent them from further growing and producing toxins. Assuming you had bought rice from the supermarket in bulk and have read this information, do not be afraid. The growth of these microorganisms is very controllable.

As they grow in high moisture areas, it would be helpful to keep raw rice in low humidity storage. This ensures that the present microorganisms will not produce their toxins even before cooking by restricting them any access to water.

Bacillus cereus has been identified by Gilbert and his colleagues in NCBI to typically thrive at around 30°C to 37°C, but can sometimes tolerate temperatures as low as 15°C and as high as 50°C (5). This only means that if your rice were stored properly and was cooked and the boiling temperature reached, then you wouldn’t have to worry about getting sick from eating it!

How to Tell If  Rice Goes Bad?

However, keeping this microorganism from creating toxins prior to cooking is a separate topic when the rice has already been cooked. During service and when the rice cools down to room temperature, these microorganisms may be reintroduced into the rice. Several factors may cause the contamination of rice, and that is normal!

Luckily, there are two main signs of spoilage in rice which were elucidated by Soni and her colleagues in 2016.

Bacillus cereus, specifically, can form colonies and create biofilms to protect themselves from unfavorable conditions. It is usually perceived as a slimy or ropy liquid on the surface of cooked rice. This tells you  NOT to eat the rice; it’s abnormal!

Spoiled rice may often have an off-smell. So, watch out! This is a result of the by-products produced by the contaminating microorganisms within the rice system as they break down starch. 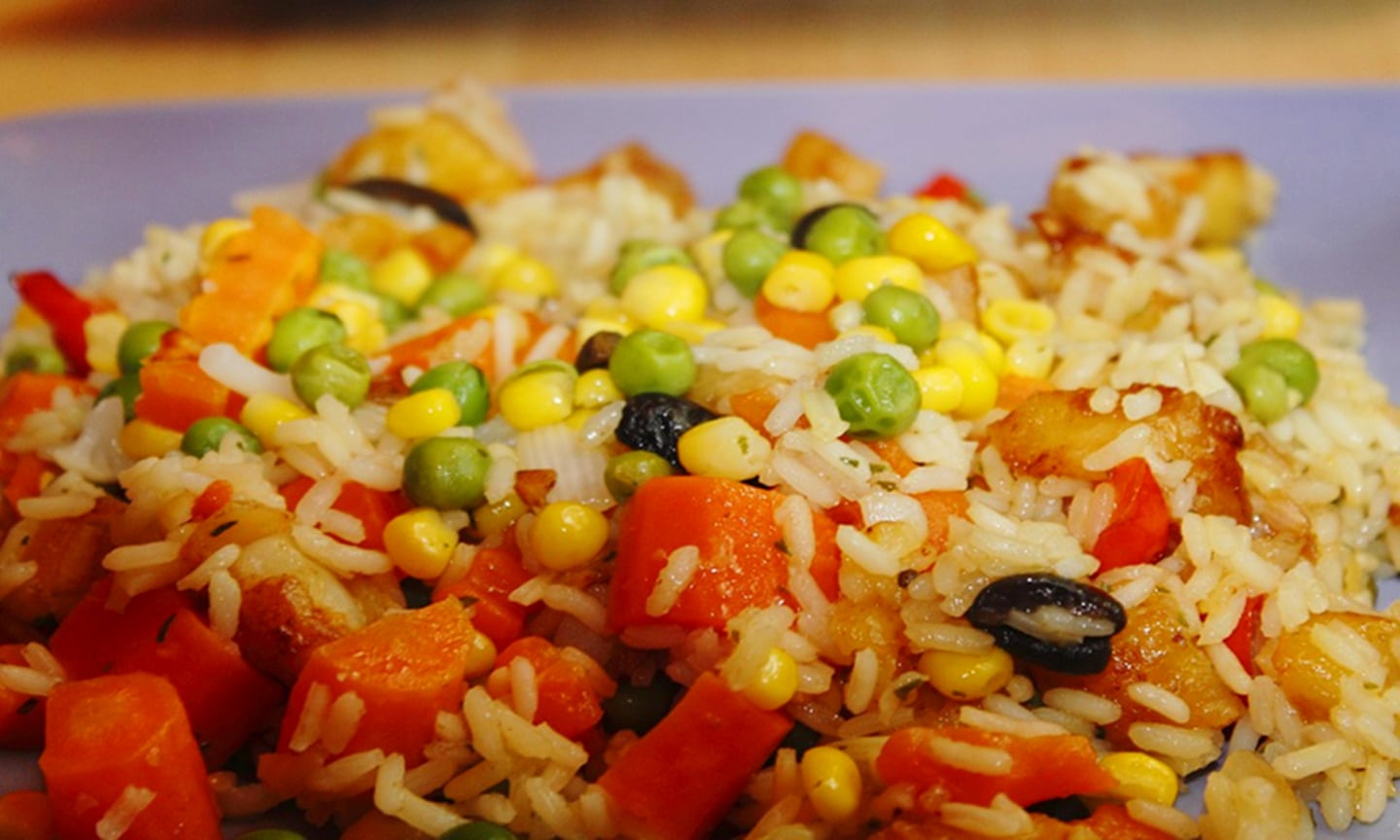 How to Prevent Rice from Going Bad?

1.Put in the refrigerator

Microorganisms grow fast at room temperature, the best way to fight them is to refrigerate. This process would stop the growth of microorganisms and render your rice safe to be consumed upon reheating. Besides, it's better to cover the box when putting rice in the refrigerator.

In terms of uncooked rice grains, the Division of Agriculture of the University of Arkansas has concluded in 2016 that rice, with around 14% (wet basis) moisture content, can be stored without major deterioration at room temperature for around 120 days or roughly three months.

2.Reheat before digging in

But remember, there is a limit to how long you can store the rice at refrigerated temperature. Ali and colleagues in 2008 mentioned in their study that when refrigerated, rice can be consumed for up to 2 days only. If you plan on saving that rice for about a week or two, you might want to consider putting it in the freezer. 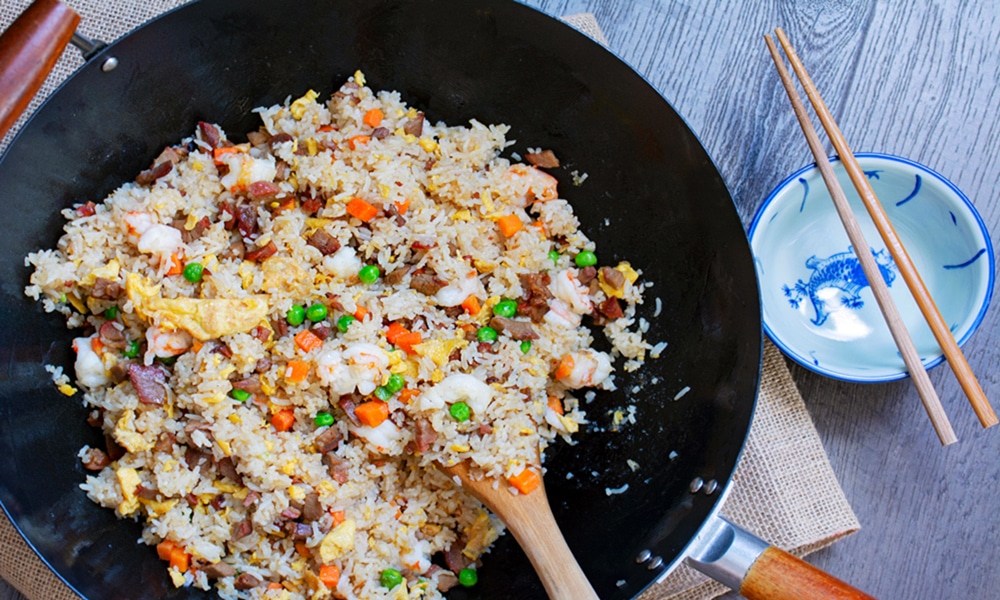 If you want to consume your leftover, checking for signs of spoilage. Smell the rice and check if all is good. Inspect it if the rice has not yet gone sticky and ropy. Do all things clear? Don’t forget to reheat! If you really want to make sure that your rice is safe, take that trip to the kitchen and place your box in the refrigerator. Always remember, after checking for signs but you are still in doubt, better throw it out!