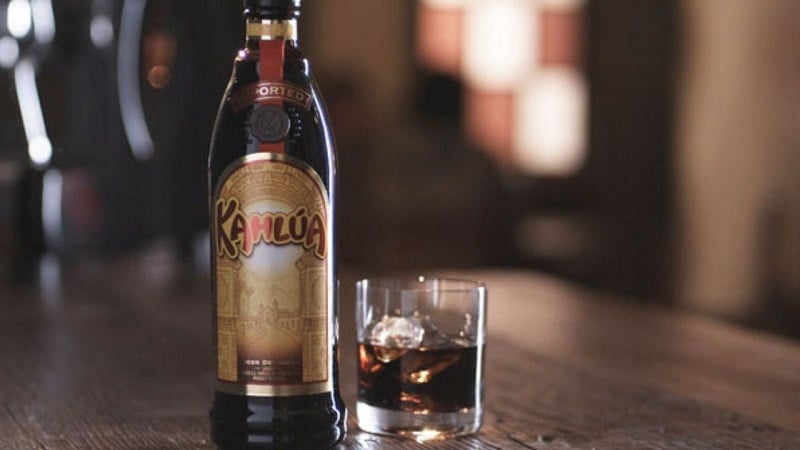 Kahlua began way back in 1936, hails from Veracruz, Mexico. It is pronounced as “Kah-loo-aah.” An Arabic name and also slang for coffee.

It has a wide variety of flavors that makes it taste robust and rich. Besides being a smooth, dark coffee-infused liqueur, it adds a great kick to after-dinner cocktails. Kahlua is produced from a professional blend of coffee, corn syrup, rum, and vanilla bean. Kahlúa is not made from a mere coffee.

It takes a whole seven years to make a bottle of Kahlua. It's a long process but worthwhile for Kahlua lovers. If you want to drink on ice or neat and make cocktails, it's the way to go. Other people use Kahlua to bake desserts, as toppings, cheesecakes, cakes, and ice cream. You will never go wrong with Kahlua.

Of course, it can go wrong. Sugar, as a Kahlua ingredient, will make it go wrong. Although the liqueur may not spoil after the production date, there will be visual signs of mold, or rather the Kahlua goes rancid; thus, the quality starts to degrade, and the flavors start to fade away. The taste changes completely. For this reason, a 5-year-old Kahlua is not as sweet tasting as the brand new one.

For different types of flavors, manufacturers recommend Kahlua enthusiasts to drink before two years. On the other hand, Ready-to-drink Kahlua will only last for a year.

Note that for opened Kahlua, the moment you open that cap, be aware that its degradation process quickens a bit. When you keep an opened bottle of Kahlua for a long time without consuming it, its taste will be of low quality. You may want to ditch it.

For instance, when you open the Kahlua bottle and take it in a week, it will taste much better than Kahlua that has been opened for more than a month. According to manufacturers, any open bottle of Kahlua begins to degrade after one and a half years.

The major problem with the Kahlua concerning its spoilage and expiration is its limited quality of taste.

The shelf life of Kahlua

Three types of Kahlua available in the market :

The production date on the bottle of Kahlua determines its shelf life. However, according to the Kahlua producer, the shelf life of non-flavored Kahlua is four years. On the other hand, the shelf life of the flavored variety is two years and a year for the ready-to-drink Kahlua. Moreso, manufacturers recommend storing Mudslide for a year after it is produced.

A Kahlua bottle has a lot number that defines the production date. The number is below the label. It looks like L3048FJ. Just need to pay attention to the first 4 numbers, 3048. The first one means the production year, thus 3 means 2013, and the last three represents the day in the year. Therefore, 048 indicates the 48th day of the year, which means 17th, Feb.

How to tell if Kahlua goes terrible

Deploying your senses, sometimes, maybe an excellent way to judge whether Kahlua, which has passed its recommended shelf life, can be drunk or not.

Suppose it has visual signs of mold developing in the bottle, cap, or on the surface of the Kahlua drink. Though it is implausible for that to happen, if it does, you should discard it. The Kahlua might also have unnatural color; the original coffee color has faded away, thus unsafe to consume the drink.

If the taste is weird or the coffee taste is no longer healthy, discard it. It is not safe to drink.

Leaving the bottle open diminishes the smell since the liqueur will be less flavorful. If the smell coming from the drink is healthy, then the coffee-based drink is safe, but if it releases an off smell or a weak smell, it has likely gone bad.

How to store Kahlua

For the three different types of Kahlua, storage rules are pretty much the same.

Ensure that the Kahlua bottle is appropriately sealed with its initial cap. Then place it in a dry, cool, and dark place, away from the direct sunlight. It will make it safe to drink even after you open the product.

Any type of Kahlua is best when you serve chilled. In case you open a bottle of Kahlua, you can rightly store it in a cool and dark place or rather keep it in a fridge. However, you should ensure to close the bottle with its original cap tightly. Although you don't require a refrigerator, it is useful for taste purposes. Kahlua is most appetizing when you serve it chilled.

After you open the Kahlua bottle, it is vital to understand that it should be tightly sealed with its original cap when storing it. Kahlua has flavor elements that are very sensitive when exposed to the air. Therefore, to preserve the strong coffee odor or flavors, the bottle cap should be tightly closed to prevent oxidizing. It will also lessen the evaporation that always occurs in alcohol-based drinks.

You might enjoy your Kahlua drink and seal it without cleaning the cap and the bottleneck after use. Always clean the mouth, neck, and bottle cap after consumption. Use a clean wet cloth to wipe since any leakage will attract flies and any other possible poisoning.

Manufacturers say that Kahlua is safe after its expiration date. It doesn't have adverse effects on fans. However, the aromatic compounds in the liqueur start to break down. The drink gets less flavorful, and the smell diminishes.