On the one hand, today’s digital age has made life more comfortable and tightly knit, and on the other hand, is has increased various types of risks to a great extent.

The invention of smartphones has made it easier to communicate with family and friends, even from remote locations. Still, it has also increased the risk for the safety of its users, mainly when children use them. Usually, children misuse their Smartphones when they know that no one is watching them.

It can distract them from their studies, along with leading their life to the wrong track by visiting the websites with adult materials.

Therefore, in order to protect children, parents need to know how their children use a smartphone and who they are talking to, as well as who they are sending messages to. All this can be done by installing a spy phone tracker, Hoverwatch, on their Smartphone.

Hoverwatch is a phone tracking app that provides information about the usage of the targeted phone to your phone by running in the background of that phone.

Hoverwatch is considered the best spy app for android devices to control children because it runs in the background of the phones to be monitored.

Parents can know with whom their children are talking or sending and receiving messages, which websites they are visiting, as well as what they are doing on those websites by using Hoverwatch.

In this way, this app can provide complete protection to the kids even when they are away from their home, whether at school or some other place. Another reason to consider Hoverwatch the best spy phone tracker is its very reasonable cost and ease of use.

One can easily install this app on the targeted phones and monitor the activities of their children on their phones effectively. 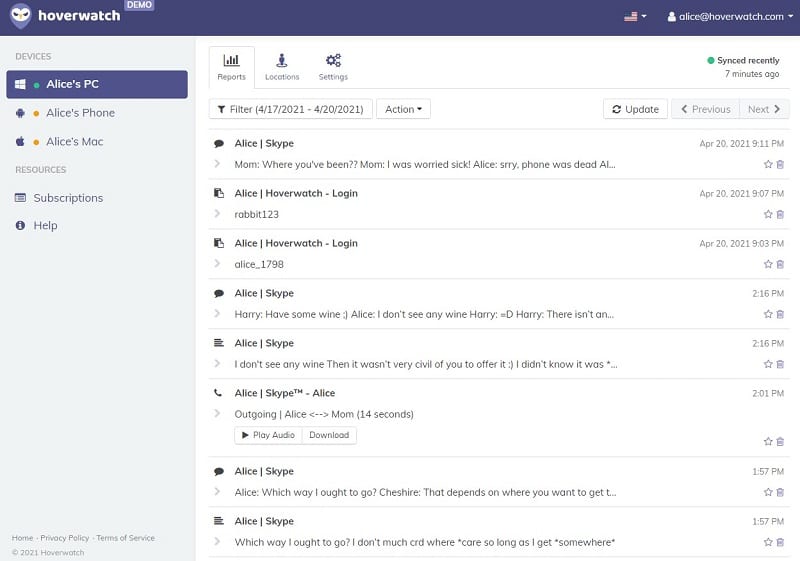 What functions does the user receive to control

Hoverwatch offers several tasks to the parents to monitor their children effectively like:

It is the best feature of Hoverwatch as it remains invisible while spying on the target phone. The person being tracked can never now that his activities on his phone are being watched by someone else as this app works in hidden mode. 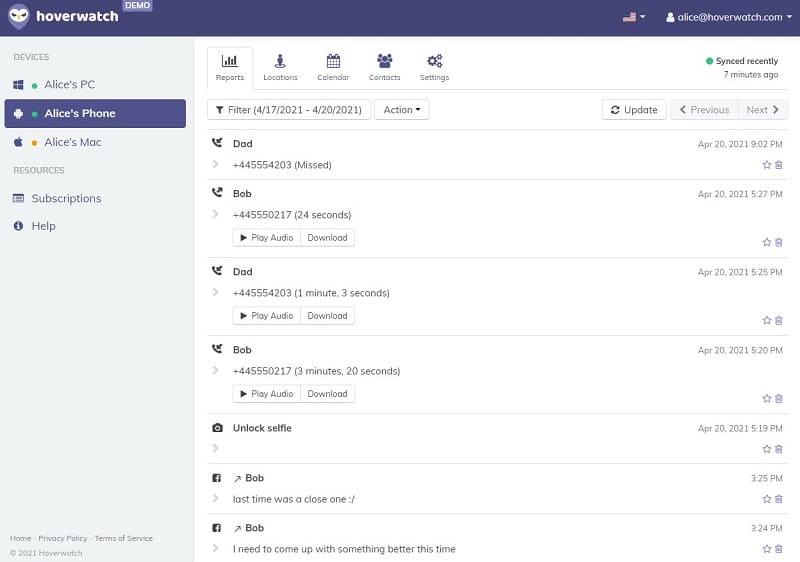 This spy phone tracker can track the location of the android phone used by the immature kids. Parents can use this app to track the phone of their kids if they are concerned about them.

It can track the location of the monitored phone, even if its Wi-Fi and GPS are turned off. This app can use the network of the nearby towers of the distributor for this purpose.

This spy tracking app can also control the usage of social networks by reading the messages sent and received through mobile apps, including Viber, Facebook, and WhatsApp, etc.

It can also find out and save all the files including audio, video, and photos as well as conversations exchanged through the Smartphone of the kids.

If you are concerned about the future of your children, then this spy app can also allow you to know who they are talking to through their mobile devices.

It will record all the outgoing and incoming calls so that you can listen to them, later on, to review the situation and make a better decision to control the children.

This spy app also allows the parents to see the SMS and MMS messages sent and received by the Smartphone of their children. You can use your account with Hoverwatch for tracking and viewing these messages. 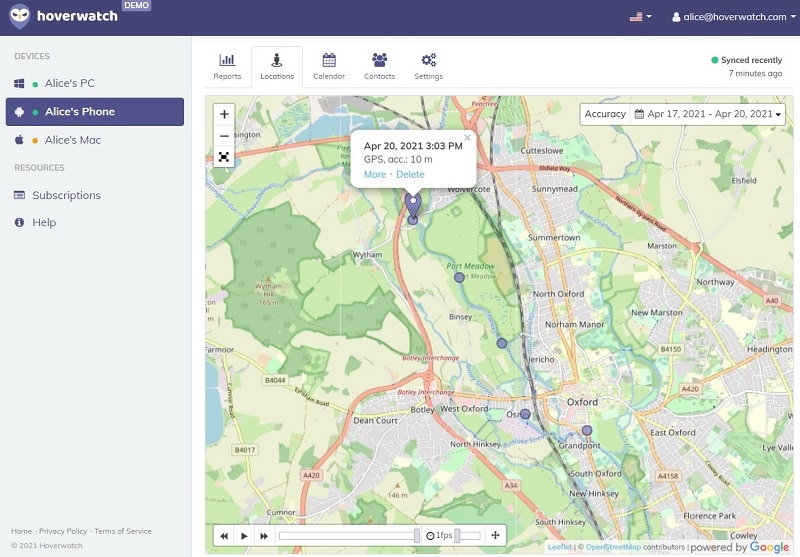 It uses the network of nearby towers of the distributor to track the location of the Wi-Fi, and GPS of the target phone is switched off.

Viewing data from your phone

Hoverwatch can not only track the record of the Smartphone but also allow you to see them through your Smartphone.

It records information about the history of incoming and outgoing calls and SMSs, as well as sharing of camera files, audio, and text messages through social networks like Facebook, WhatsApp, Skype, Snapchat, Instagram, and Telegram, etc.

You can also track the contact list and calendar as well as their activities on the internet through that phone.

Before installation, talk to the child about his safety

It is better to talk to the children about their safety before installing Hoverwatch on their smartphones as it can alert them about the risks of misusing their phones.

You can install this app if they do not understand what is good for them.

What do you need to install the program?

This app cannot be installed on the target devices unless you have them physically.

Thus, parents can use Hoverwatch to control the online activities of their children. This spy phone tracker can allow them to know how their kids are using the Smartphone. They have provided them to remain in touch with them.

Any misuse of Android devices can distract children from their studies, along with an increased risk of sharing sensitive information with malicious people.