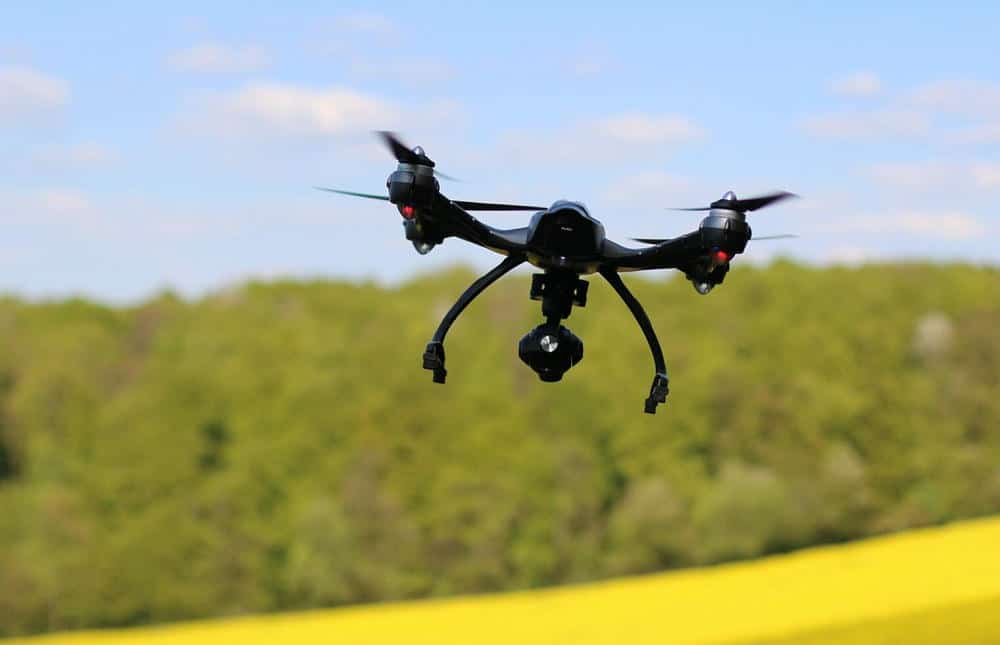 Photography used to be reserved for the people who had money. Cameras were pricy, it cost money to buy film and develop it, and if you wanted a video, that was a different cost altogether. Then came cell phones and smartphones, integrating camera and video into something anyone can afford. At first, the cameras were rough, but now, you can take some crisp pictures with them.

The same applies to drones. The beauty of drones is that you can fly to places you couldn't reach and take photos in the air. Whether you want to take pictures of nature, see the land above you, or just take a cool selfie, drones have you covered. And best of all, they are becoming more affordable.

Used to, you would have to pay hundreds to have a drone that could take photos. Now, you can take photos and shoot video using drones that are under $100.

While you won't be able to shoot in full 4K, or have a ton of megapixels in these cameras, they can still take some HD photos. Let's look at some budget drones that are worth checking out. 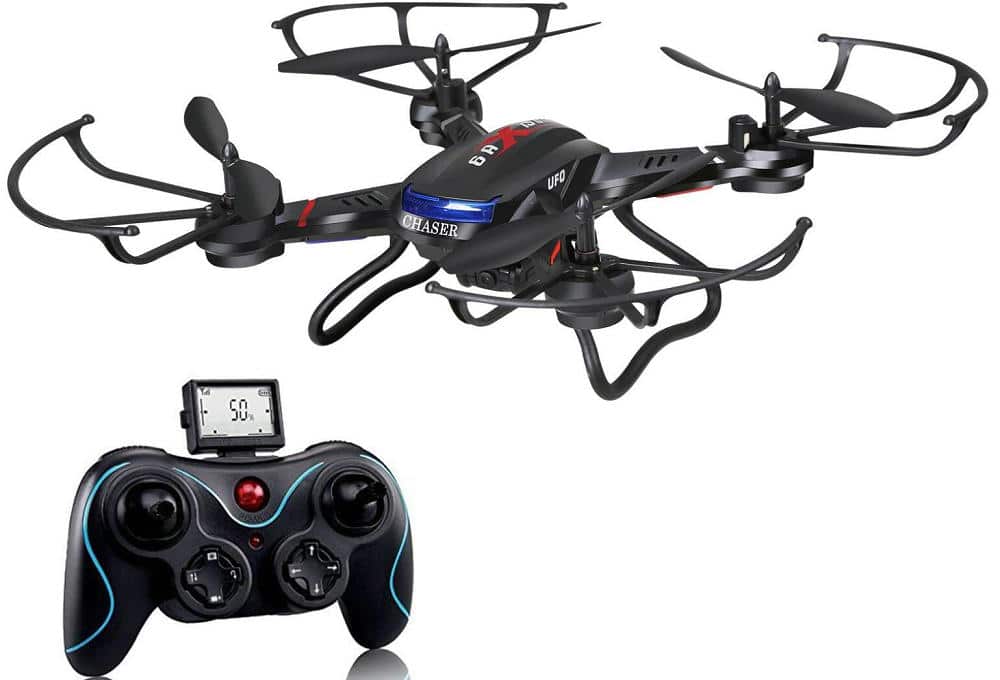 This is a drone that is higher up in the budget drone category, and it's a great drone for the price. Like most drones, it has a headless feature for beginners, and it has a return option as well. This will get the drone back to you before it runs out of battery.

It has the ability to hold itself in the air once you let go of the throttle. By stabilizing itself, it can take some good photos with its camera. You can flip it around in many different ways for some cool tricks, too.

Being a budget drone, you get 10 minutes at most of the flight time, but it does include an extra battery to make things easier.

With that said, what are the reviews saying about this drone? It has a high rating at 4.5 stars average, which is impressive for a drone so cheap. Many reviewers posted pictures, showing that the drone takes some crisp photos for the price. Reviewers loved its durability and its ease of use, and how stylish it was to fly. Also, customer service was praised. A few reviewers had problems with their drones, and Holy Stone replaced the drones as soon as they could.

There were some criticisms. Some didn't like how little the drone resisted with the wind. Others did not like the fact that its range could be a bit spotty. A few reviewers received defective products. One thing to keep in mind is that it's unlikely you'll receive a dud and that the reviewers who did are a minority. Make sure you do buy from a reputable seller, with all things said.

Overall, it's a great drone for the price. We say that it's worth the buy if you want to. 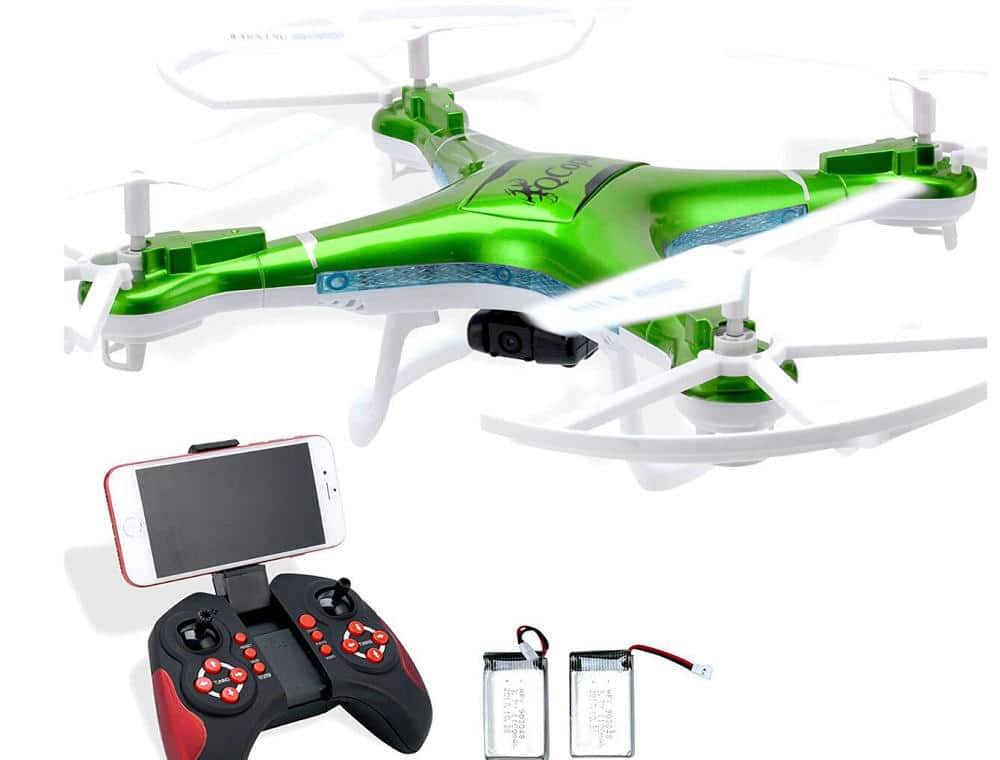 We are pushing our limits when it comes to budget drones. The Quadcopter is a cool, colorful drone that has some cool features for photographers. With its stabilization systems, it's great for taking photos. Its controls are designed for both beginners and experts, and the camera has quite a few cool features. You can zoom in, crop, and do some other cool things with its 720p camera.

What makes this product interesting is its battery life. It claims to have up to 30 minutes of battery life, and even comes with an extra battery. While your mileage may vary on a battery, you usually don't hear 30 minutes unless you're paying a lot of money.

Claims are one thing, so what do the reviews say about this drone? The reviewers seem to overall like it with an average of 4 stars on its Amazon page. The reviews point out that the drone is simple to fly, can take a beating, and can shoot some good footage. Many reviewers have overall loved the drone, but with a budget drone, there are a few complaints.

These complaints mostly come in the form of defective products. Many seem to have received products that are defective or have missing parts. This is the minority, but it's enough to make it a concern. The manufacturer has responded to most of these complaints, offering to replace it. As the reviewers never update people on their situation, we are left guessing as to what happened.

Overall, however, it's a good drone for the price. Buy it from a reputable seller and get to flying. 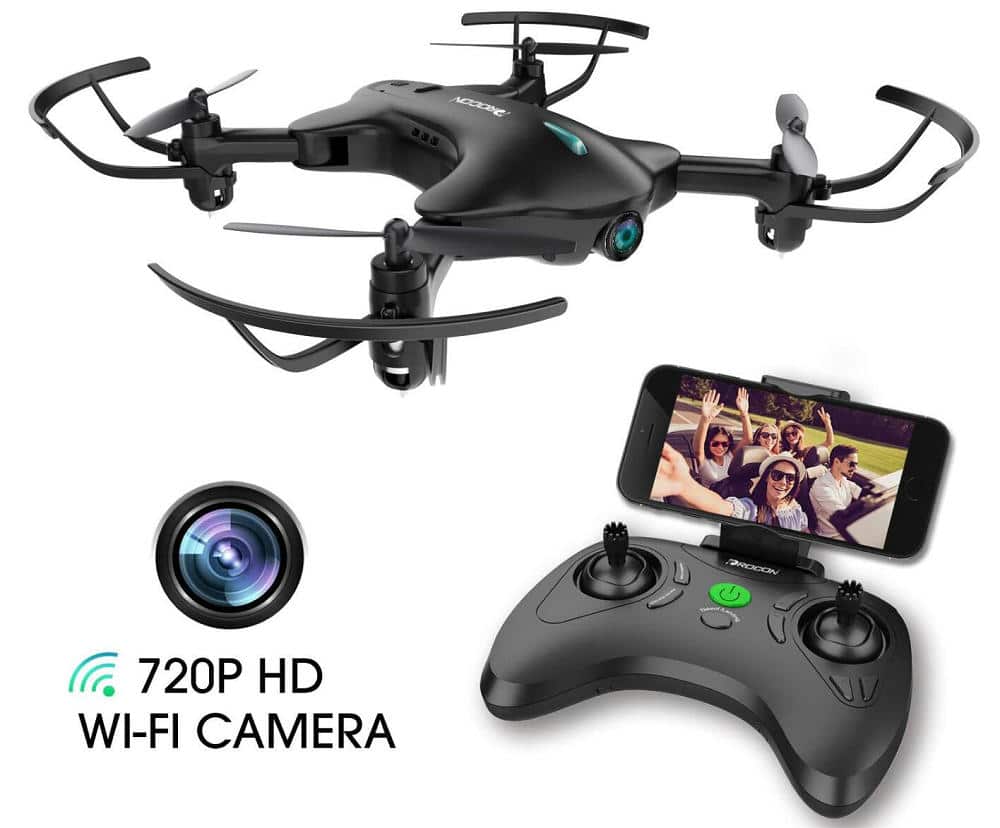 This drone costs as much as a new video game, and it has all the fun as well. It has an HD camera with a wide-angle lens, which is quite good for its price.

The drone also has options for beginners as well. One option is one key takeoff/landing. This makes it easy to land and take off the drone with just the press of a button. To make it easier for beginners, you also have one-key return. This will make the drone come back to you so you don't lose it and so the battery doesn't run out.

You also have different speed modes as well. This gives some variety for all skill levels.

With that said, what are the reviewers saying? For the price, you may expect mixed reviews like the previous drone, but actually, they are quite good at 4.5 stars. Reviewers loved its value and how well the drone flew. One constant praise was its customer service. Many reviewers said that if they had problems, the company replaced the drones or the parts and then apologized, which is quite good for a budget drone.

Only one review was negative, and it said that it received a defective drone and the customer service didn't respond. This contradicts the previous claim, but it's impossible to know how the reviewer went about their customer service.

This drone is quite cheap and can get the job done. Overall, we recommend you try it out.

The Syma is for those who are on a thin budget or want a cheap camera drone to get started. At under $50, it's one of the most affordable drones that has a camera. Despite its price, it can do quite a bit.

It has a headless option, which is good for beginners. This means that no matter where you are, forward goes forward. The headless function works if you're just getting started or if you have a child who wants to fly it. It has various other tools as well, such as rolling for some cool tricks and creative ways to take photos.

What about the camera? The camera, while not fantastic, is apparently HD and you can view the photos as you fly if you connect it to your phone. You can even attach the phone to your controller for your viewing pleasure.

What are the reviewers saying? Being a very cheap drone, the reviews are a bit mixed at 3.5 stars average. Some reviewers have said that despite its price, the drone is very tough. One reviewer claimed it stayed in a tree for over a month and still worked. Others have said the drone is a bit fragile and can't resist a bit of wind. Reviewers have praised the drone for being easy to control while disliking its flimsy controls and saying that drone takes forever to charge.

Many reviewers posted photos. The photos were not that crisp, looking like a webcam. However, that is to be expected from a drone of that budget.

You get what you pay for. It's a drone that costs less than a nice dinner for two at a sit-in restaurant. If you have a small budget, it's worth it, but you may want to try something else. 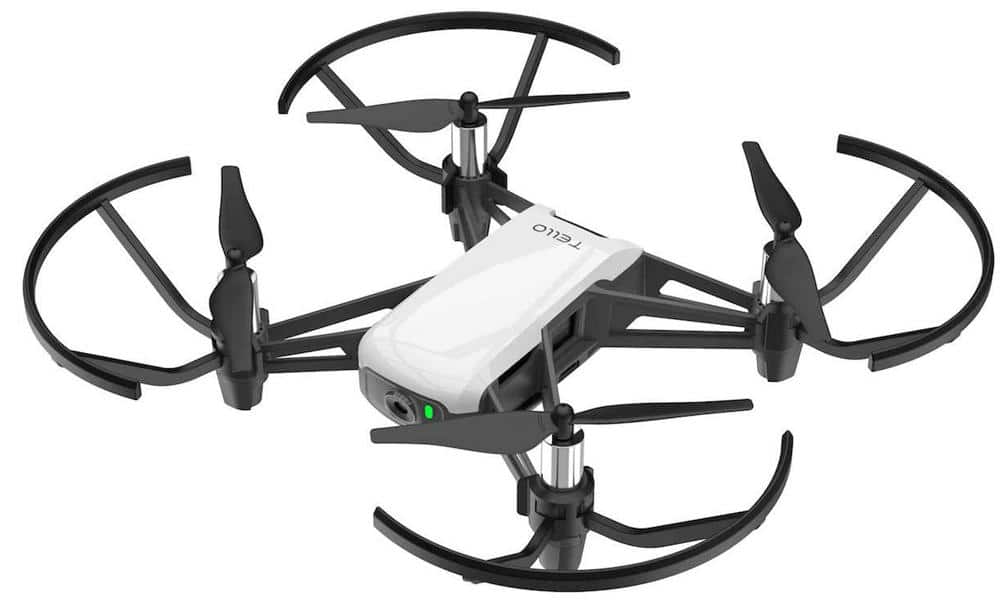 Its camera has 5 megapixels and 720p video, making it decent enough for a budget drone. If you want to fly it, it can fly for up to 13 minutes. While not as good as more expensive models, it's a decent enough flight time.

What makes this drone cool is some of its features. It has a DJI flight tech. Its parts make sure the flight is as stable as possible. If you take photos, you know that stability is important when getting that shot. Just one shake and your photo will turn out blurry. Thanks to its VR headset, you can be able to look at the drone through a point of view you couldn't imagine.

The drone is beginner-friendly, with the ability to hover in the same place. It also has the power to be able to do more advanced techniques should you want to do them.

With that said, what are the reviews saying? This drone is critically acclaimed at 4.5 stars average. Reviewers love the quality of their photos. Some reviewers posted some photos and you can see that they are quite crisp for the price, showing no signs of a blur. Other reviewers love how the drone is easy to control and is good for all skill levels.

There were some criticisms. Some reviewers said that the range wasn't that great, but you could improve it with a range extender. Others received defective products. With any piece of tech, you do risk getting a defective product, so make sure you're buying it from a reputable seller who will work with you to replace or refund the drone.

Some Things to Remember

Before we go, we should probably talk about photography laws. When flying a drone, it's always good to follow the laws. You need to register for a drone and look up the laws based in your region to see if there's anything you should obey or disobey. When taking photos in a public space, it should be no big deal, but double-check. Obviously, you don't want to fly your drone into someone's else's property and take photos without the owner's permission. Follow these common-sense laws and you should be good.

You also need to think about what you're going to use your photos for. If you're using them for personal use, you don't need to worry. However, if you're using photos for business purposes, like filming for real estate, you may need to apply for a specific license to take photos. Look up your laws, because if you are using the drone for a business purpose, you want to make sure these apply.

Obviously, these budget drones are more designed for personal use rather than business, but it's still worth noting. Stay in the clear when it comes to laws and make sure that you fly your drones safely. The last thing you want is to get in trouble with the law.

Speaking of budget drones, you should remember that these are cheap drones. Don't expect amazing range, battery life, or 4K quality pictures. Don't expect advanced obstacle detection or for it to appeal to advanced flyers. While these drones are great, you need to pay more if you want some of the more advanced features.

Finally, consult the drone's manual to see how you can take the photos in the best possible way. Make sure the drone is stable before you get your shot, as you don't want any blurry photos. Take some pictures and have some fun, and you'll be on the right track.

Drone technology, just like smartphone technology, will continue to improve. One day, you can buy full 4K drones for under $100. It's a great time to give a drone a spin, as they are cheap and they can take some killer photos. Whether you're a hobbyist or an aspiring professional, get yourself a drone today. Now is the perfect time for you to do so.