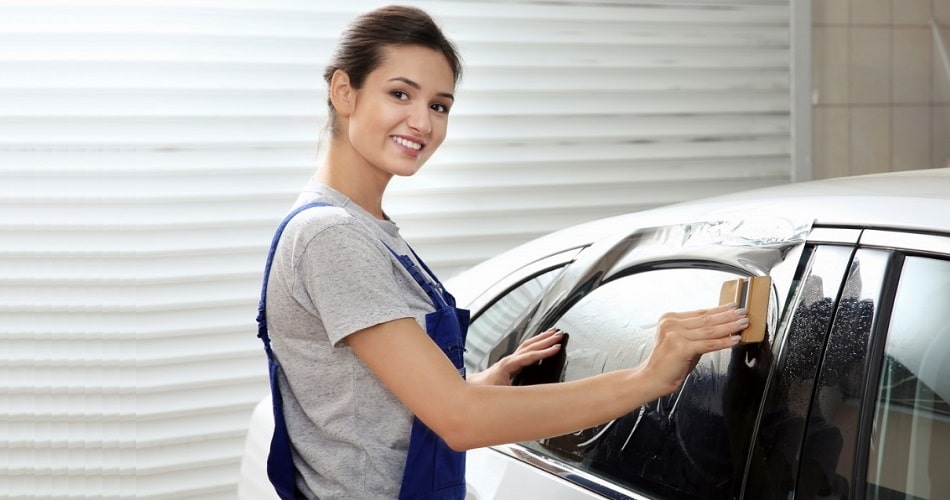 You may have noticed that numerous cars have different window colors, some of which seem darker, while others seem to have no shade at all. 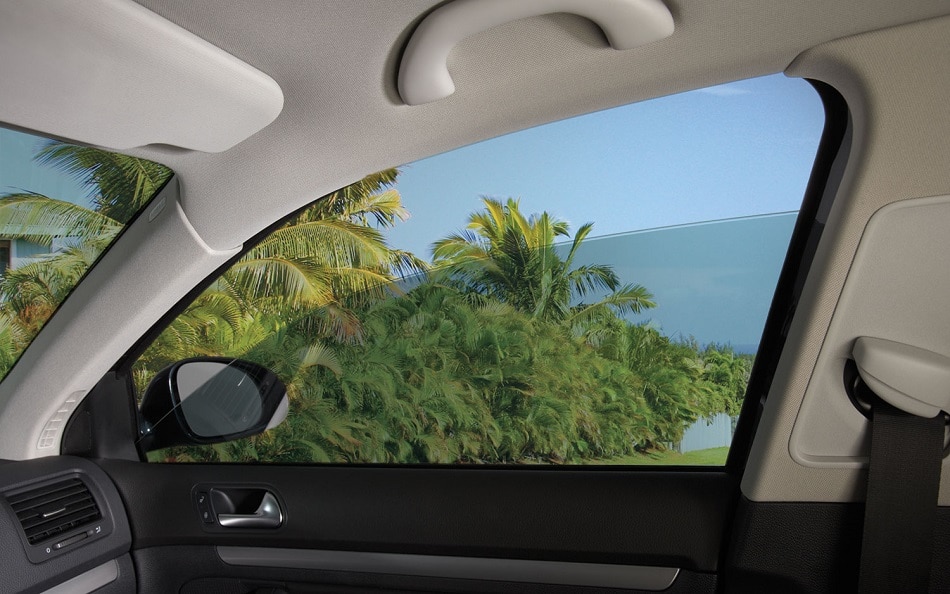 Personalizing your vehicle with car tinting is a great way to make your auto look stylish and reduce potential heat and sun damage. If you are interested in tint, then you should make sure that you understand how to select a reputable company and also the right percent for your window  tint

What Percent is Factory Window Tint?

When an individual purchases a vehicle, there are many customizable options to choose from, such as window tinting. These options provide the car owner with the ability to personalize their vehicle and make their car stand out. 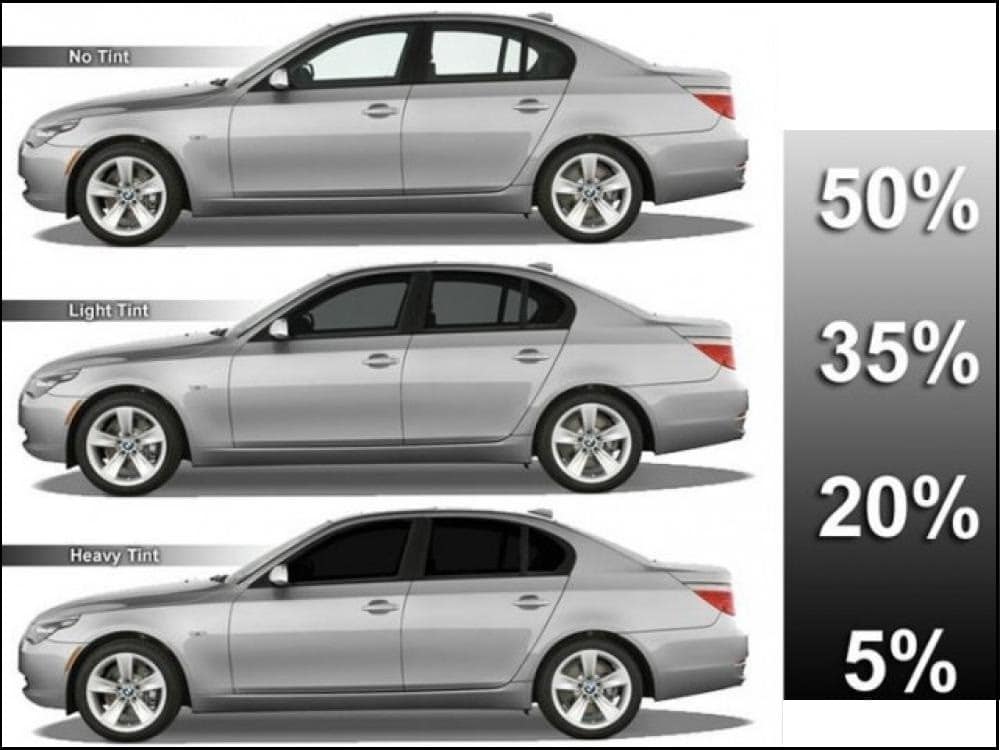 However, when a vehicle owner decides to purchase car tinting, they need to choose the best company to install the film. When the owner puts these two characteristics together, they are often pleased by the performance and quality of the film they have purchased.

Purpose of Shading Your Windows 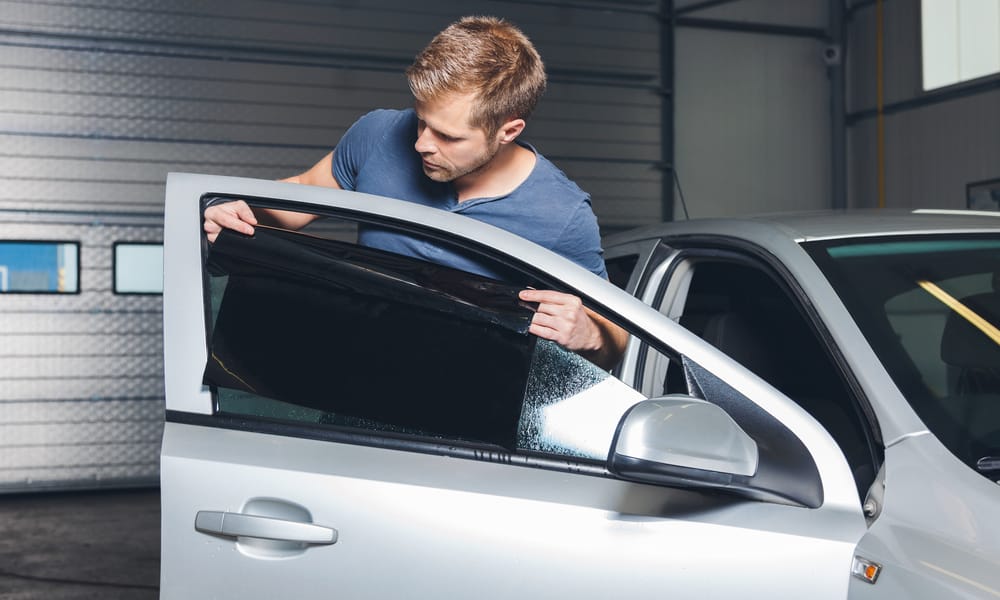 An individual that is interested in shading typically desires a reduction in sunlight. Auto tinting accomplishes this goal by affixing film onto the glass of the vehicle. Once the process is complete, the shading provides the car owner with a reduction of heat gain in the heat and protects the upholstery from the sun's damaging rays.

The Benefits of Car Window Tinting

Car window tinting offers many benefits to drivers and passengers while providing protection to the car itself. It also provides a sharp appearance where drivers can see out, but thieves do not have the advantage of seeing in. 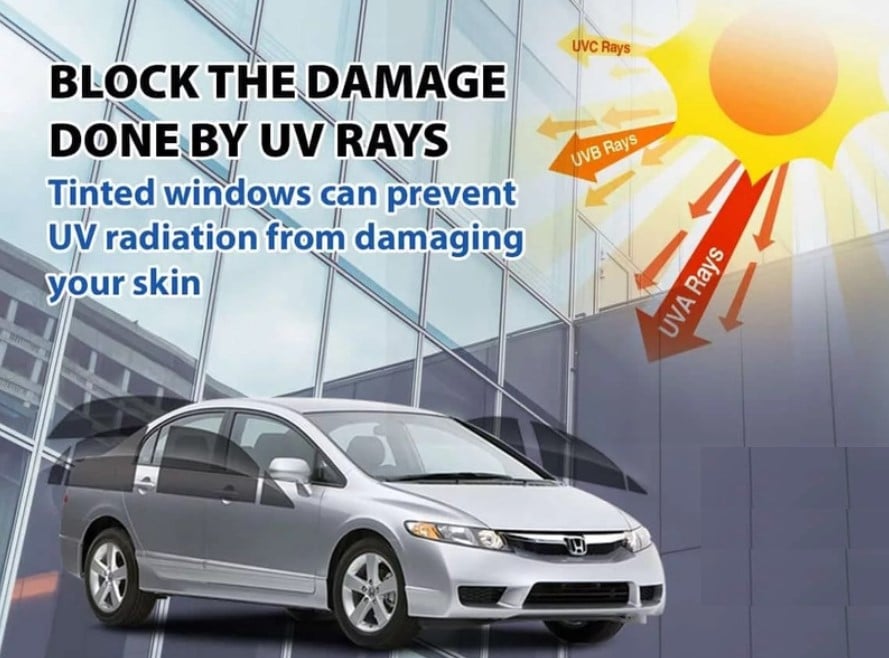 Automotive tinting reflects the sun's rays away from the interior of the car and provides UV protection. Unprotected windows only reject up to 28 percent ultraviolet rays. A vehicle tint offers up to 99 percent protection. Car interior color does not fade as readily due to the UV protection. Drivers spend between 60 to 90 minutes in an automobile each day and are subject to the harsh ultraviolet rays when windows are not tinted. Tinted windows protect drivers from the UV rays and reduce the risk of skin cancer.

Extreme heat also causes chemicals in the upholstery to be released into the compartment. Automotive tinting reduces up to 80 percent of the heat that causes this pollution. 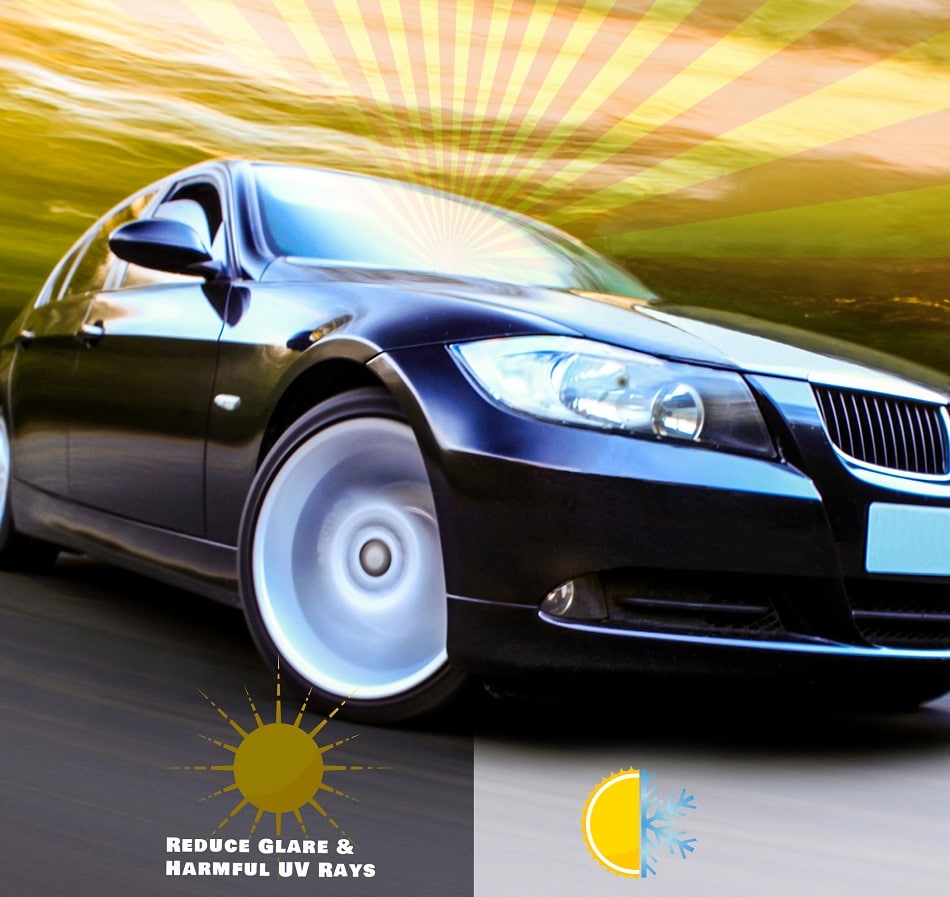 Glare from direct or indirect sunlight causes eye strain. Many things cause glare, including sunlight, sunlight reflecting on snow, and oncoming headlights in the darkness. Car tint reduces glare and makes it easier and more comfortable to see by reflecting the sun's rays or light away from windows or filtering it before it gets to the eye. Less glare reduces the chance of not being able to see a hazard in the road.

Car window tinting is a film that is applied to the windows using a strong adhesive. This adhesive holds the glass of the window together and prevents it from shattering if there is a high impact accident 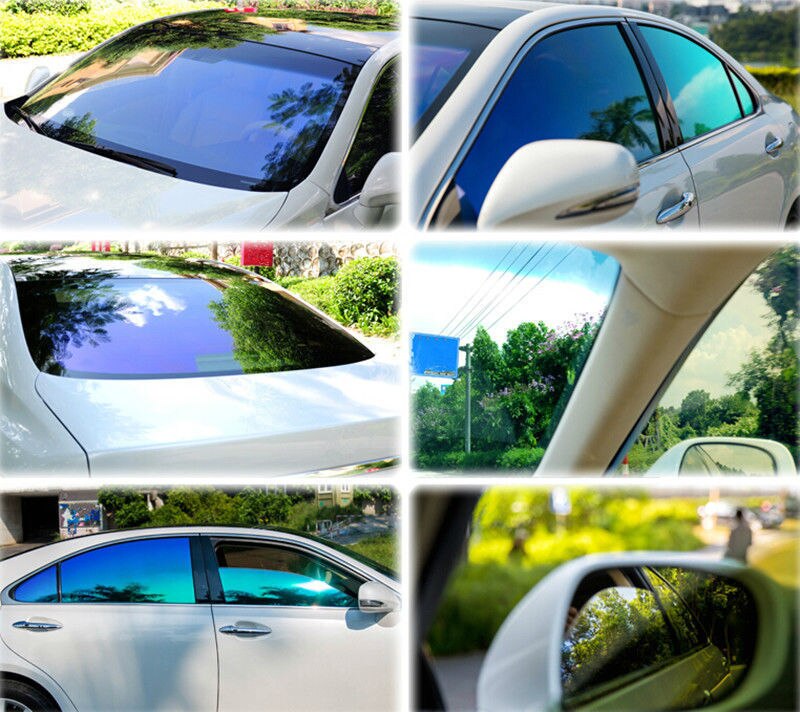 Car tints come in several different colors, including blue, gray, charcoal, and brown. High performance or hybrid tint is best because it rejects the most solar heat and rays at the most affordable price and resists tearing, bubbling, and discoloration. Check local municipalities for restrictions on tinting car windows. Some locations totally restrict tinted windows, while others allow specific percentages of visible light transmission, known as VLT, from 25 to 70 percent.

VLT applies to visibility inside the vehicle from a source outside, and the lower the VLT. The less light is transmitted and the darker the tint. The most common car window tinting VLT is 35%. 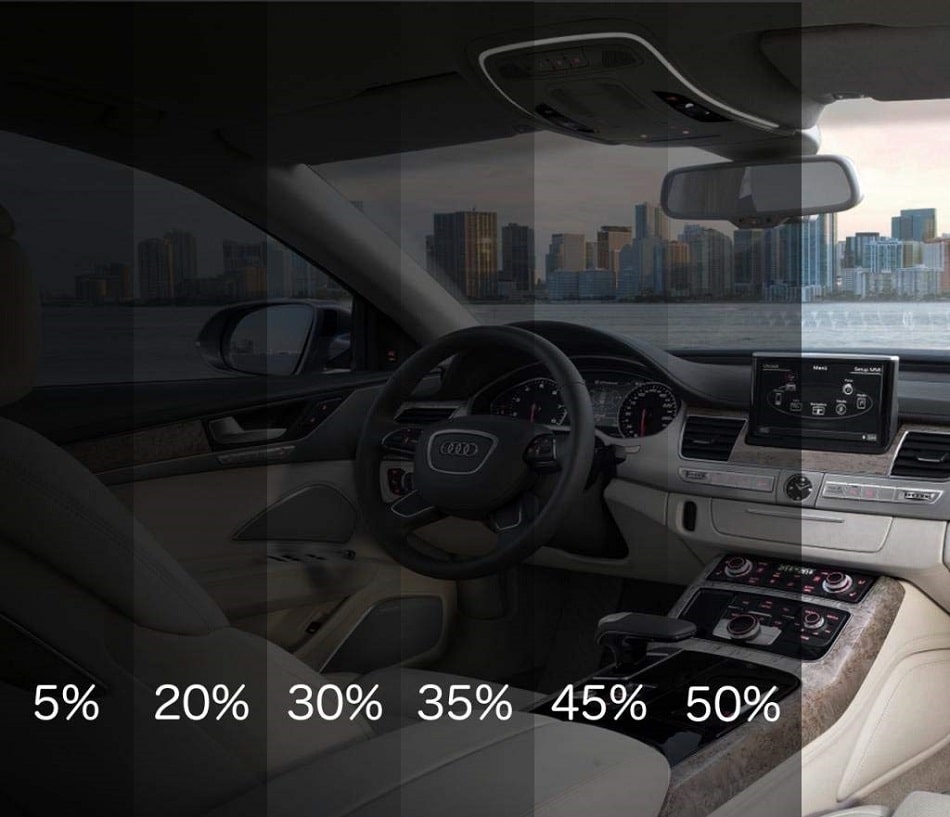 Before you go on adding additional window tints to your car, we do recommend that you should know the amount of shade that comes originally with your vehicle. Of course, if you want to add more stylish window tints, you have a variety of those available. You can engage yourself anytime you want.

Visible light transmission (VLT) is the most important metric to focus on when it comes to tinting. When people refer to “5% tint” or “20% tint,” they're talking about the VLT level.

In simple terms, the VLT value is the percentage of visible light that will be allowed to travel through the window tinting film from the exterior face side of the film to the interior side.

So, fitting a 5% tint to a window will allow 5% light to travel through the glass. It reflects from outside to inside. It's essential to consider the actual VLT of the window before the tint is even installed. There is no such thing as a piece of glass, no matter how clear it appears, with a VLT of 100%. This is because glass naturally filters out a little bit of visible light.

Let's look at car window tinting as this is one area where we speak of VLT often because many countries have laws in place limiting how dark car windows should be tinted. Most modern cars come from the factory with windows reading a VLT somewhere between 72% and 78%, depending on manufacturer, model, and country. Say, our example car's windows read at 72%, and we add a 50% window tinting film, what is the new and final VLT of our car's windows after installation?

Window tinting is a vinyl film that prevents the light from entering your vehicle through the windows. The percentage is the amount of light that the film allows through. 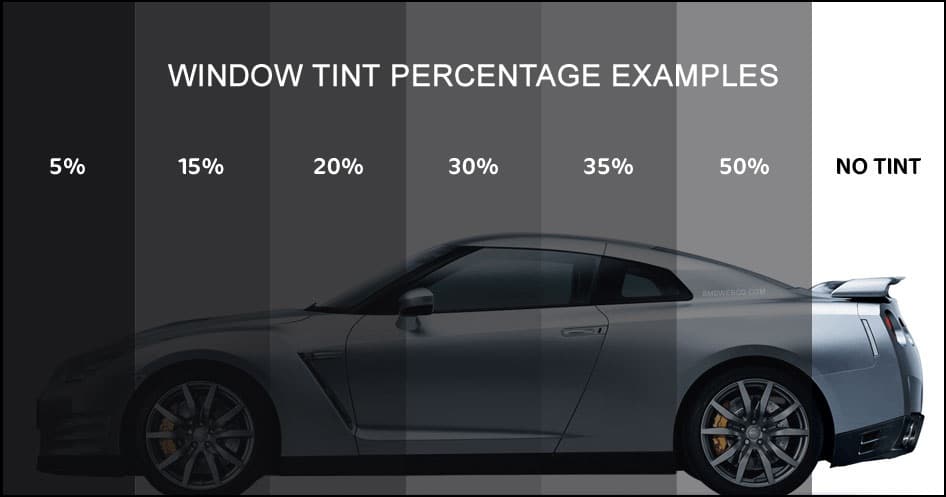 Window tinting films are measured in visible light transmission levels (or VLT). This means that when we discuss a particular tinting film, be it for fitting to a car or any other application, we usually refer to it with its VLT value. VLT is measured in percentage ( % ), so if you hear about a tint product being referred to as a percentage, it is the VLT that defines that percentage value.

The factory window tint varies from 0% – 70%. This is dependent on the existing laws in different countries. 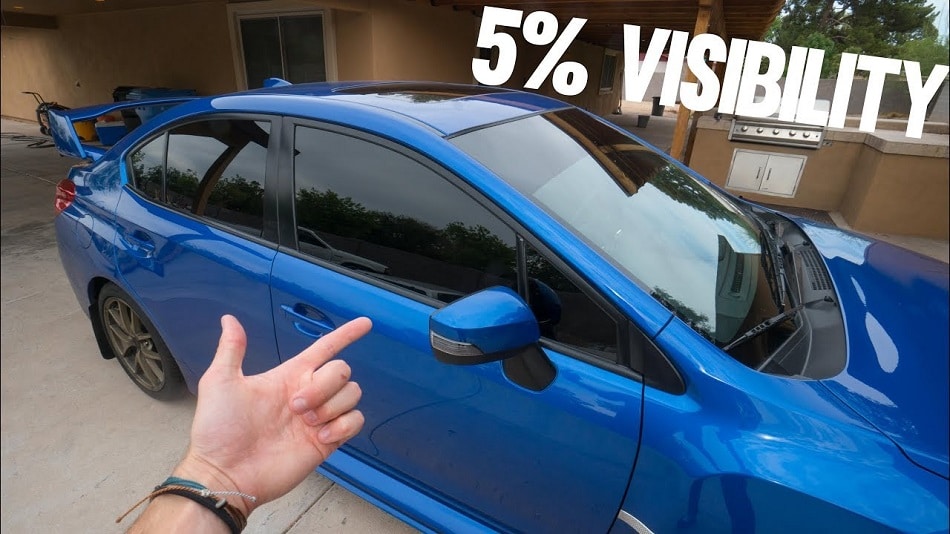 The 5% factory window tint is a super dark tint that only lets five percent of the light. It makes the windows look black and is typically used on limousines. Commonly, a tinting film referred to as Charcoal 5% is a charcoal colored tint with a VLT of 5%.

This is commonly what is referred to as “factory tint.” Sometimes manufacturers apply a tint at the factory. This level of factory window tint is usually in the 15-20% range.

20% tint is the first VLT level. You'll see that's legal on various types of windows in a lot of different states. While 20% tint may not be as standard as 35% in terms of legally tinting your windows, it's an excellent choice for rear side windows if you want to darken things up a bit. In some states, you can even use a 20% tint on your front side windows.

If you want to guarantee you're doing things by the book, 35% tint is the best way to go. While it may not be the darkest tint available, 35% strikes a perfect balance of blocking out the sunlight without making it too hard to see through your windows. Plus, you can find a 35% tint in various different shades to match your car.

This level of tint is the most popular because it's the right balance between light blocking and visibility.

As you go beyond 35% tint, you get into the range of very light factory tints, many of which are used for things like windshields and rear windows. However, there are actually a few states that limit the VLT level at 40%. Whether it's required in your state or just looking for a more subtle way to tint your windows, 40% is the right choice. Just remember to look for a quality film that's designed to block out heat. 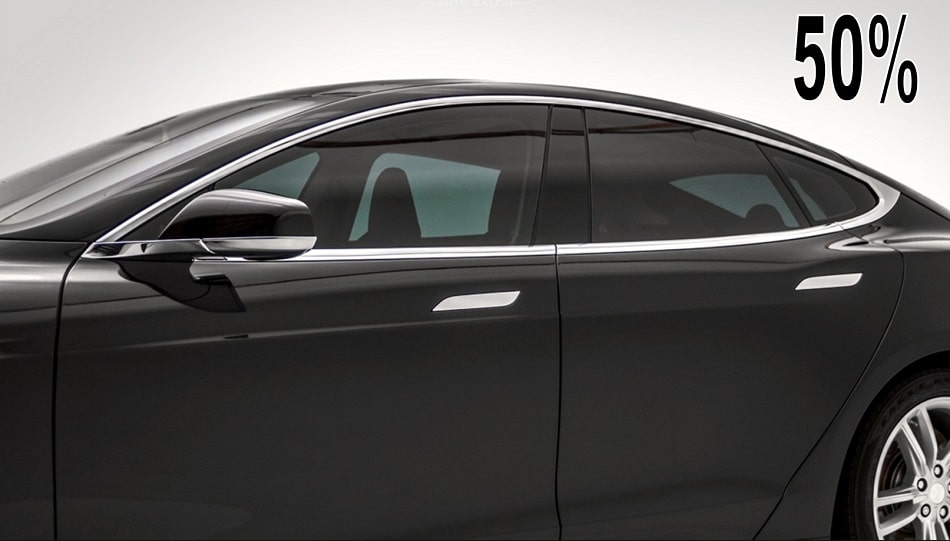 Applying a 50% tint to your windows forms little to no darkness and blocks only half the light from reaching the inside of your vehicle. However, it's still excellent for hindering UV rays and heat and increases your vision because you experience less distraction from glares and less strain on your eyes. With this tint, your windows will have a sunglasses-like view of the exterior. The film, referred to as green 50%, is a green-colored tint film with a VLT of 50.

Tinting your side windows is relatively simple, but windshields and rear windows are a different case. If you want to safely and legally tint non-side windows, 70% tint is your best bet. It's important to note that there are plenty of states that don't allow you to tint your entire windshield. On top of that, some states require dual side mirrors in place of a non-tinted window. In general, however, you don't have anything to worry about when installing a 70% tint.

This is the factory glass that comes on brand new cars. You may have also seen it on rental cars. These windows are going to let all of the sun's UV rays in. Having no film on your vehicle means you're using regular factory windows made of clear glass. They give you full visibility but often create glares while driving and can also admit more heat and allow UV rays to damage the interior of your car. 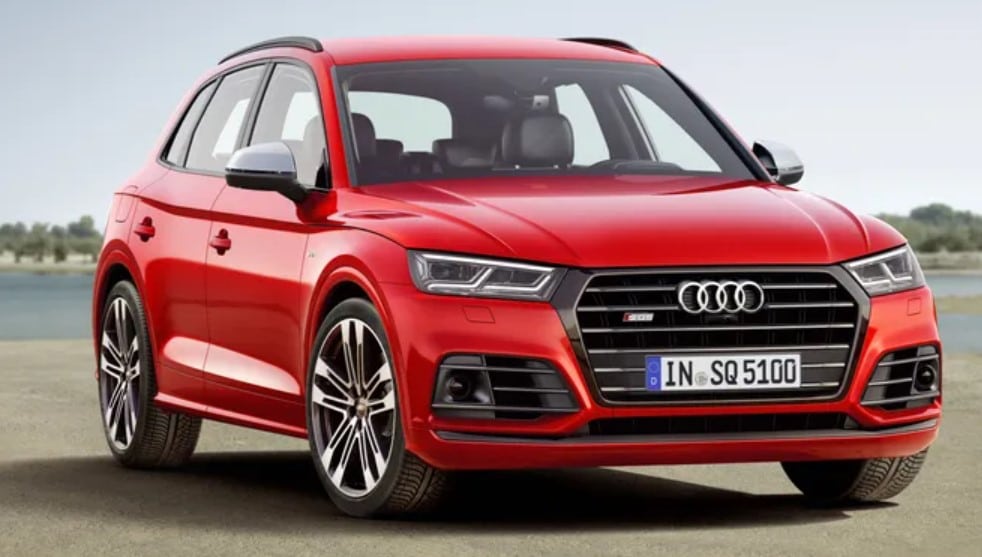 This is a safe range for factory tinting because many states place restrictions on the level of tint vehicles can have. This tint falls within that range for a vast majority of states.

In general, you will find a factory window tin percentage ranging between 15% to 35%. This specifies the windows would be deflecting around 65% percent of the visible light, allowing about 15-35%.