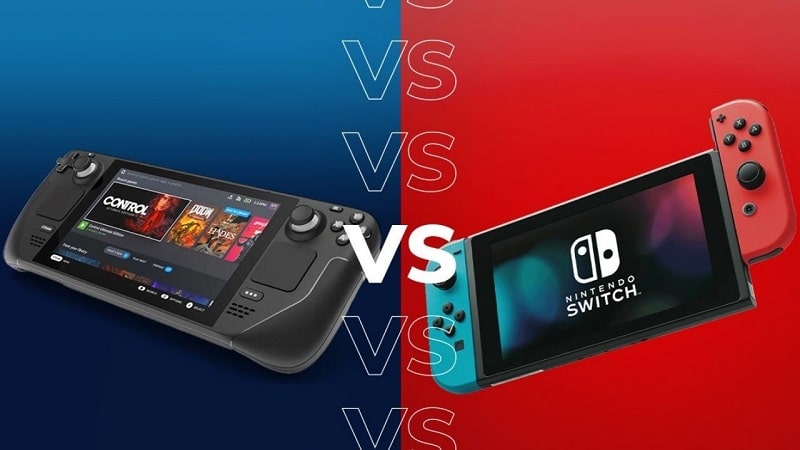 Today, we have an incredible variety of devices around us that can run games. Forget about laptops and PCs – even smart TVs and fridges can run casual games.

Anything with an HTML5-capable web browser can access Spin Casino and load one of its hyper-casual games – using their touchscreens (or remote controls in the case of smart TVs) you can dive into a game of blackjack, roulette or slot machines in an instant.

Smartphones are the most widely used portable gaming devices – but they have their inherent limitations. They are perfect for running casual games the slot machines but when it comes to more complex game genres, they are overwhelmed by their complicated controls, offering an inferior gaming experience. This is why they didn’t “kill” portable consoles as many have predicted years ago.

Today, the Nintendo Switch is the uncrowned king of the portable console market – especially since the production of the PlayStation Vita officially ended in 2019. But now there is a new contender coming, straight out of the minds of Valve, the people behind Steam. Let’s take a look at how the Switch measures up to the upcoming competitor. 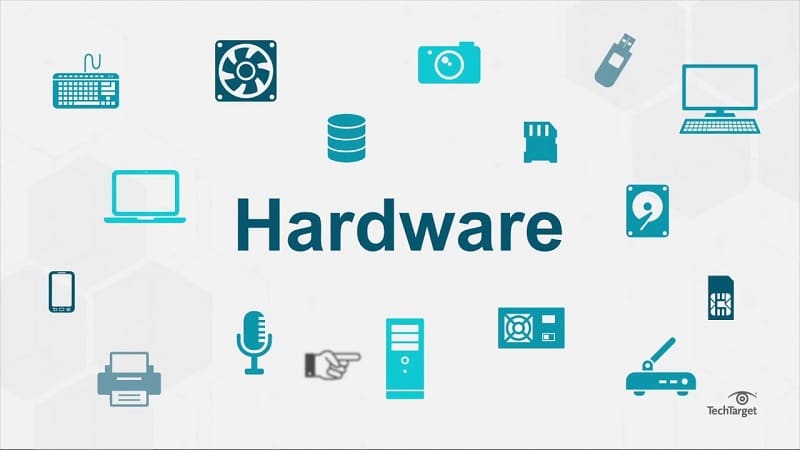 The upcoming Steam Deck will outperform the Nintendo Switch in almost every aspect. It will feature a custom AMD APU (a CPU and GPU on a single die), 16 gigabytes of lighting-fast LPDDR5, and fast SSD storage. Comparatively, the specs of the Switch haven’t changed since its initial release in 2017 – an Nvidia Tegra X1 chipset, 4GB of RAM, and limited storage.

According to Valve’s promise, the Steam Deck will run pretty much every Triple-A video game at 720p and 60 FPS – a respectable performance considering how demanding a modern game can be.

As opposed to the Nintendo Switch that is a dedicated portable console, the Steam Deck will be a gaming PC with a smaller form factor. Aside from the custom APU based on AMD’s Zen-2 architecture, it will also have fast storage and a large quantity of RAM. It will be fully x64 compatible – you’ll be able to install Windows 10 on it.

What sets it apart from similar devices is its operating system that will be optimized to offer the best possible performance on its hardware configuration. 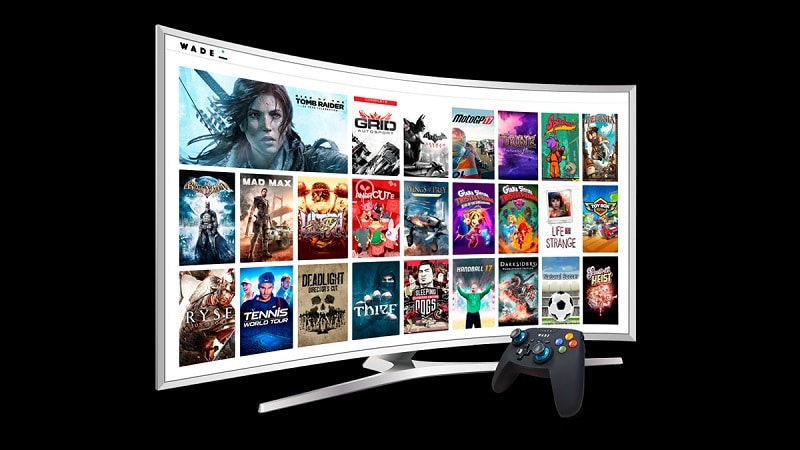 The Switch has an impressive game variety – there are currently over 4000 titles available for it, including many classics, some of the most popular gaming franchises – like Mario – and many exclusives.

But the Steam Deck will outclass its competitor in this area, too. Steam currently has more than 30,000 titles and over 20,000 DLCs, making it perhaps the biggest video game marketplace. Besides, thousands of Steam games are free to play, so you’ll never run out of new – and free – material to explore.

If this wasn’t enough, the Steam Deck will allow its users to wipe the device, install an operating system of their choice (at the expense of some gaming performance, mind you) and run pretty much every game or app they want. After all, as we already mentioned above, the Steam Deck will be a portable gaming PC – and completely open.

When it comes to upcoming triple-A games, it remains to be seen how the device will perform – but when it comes to games already on the market, Valve has already showcased its power by showing it run titles like Control, The Witcher 3, and Doom Eternal. 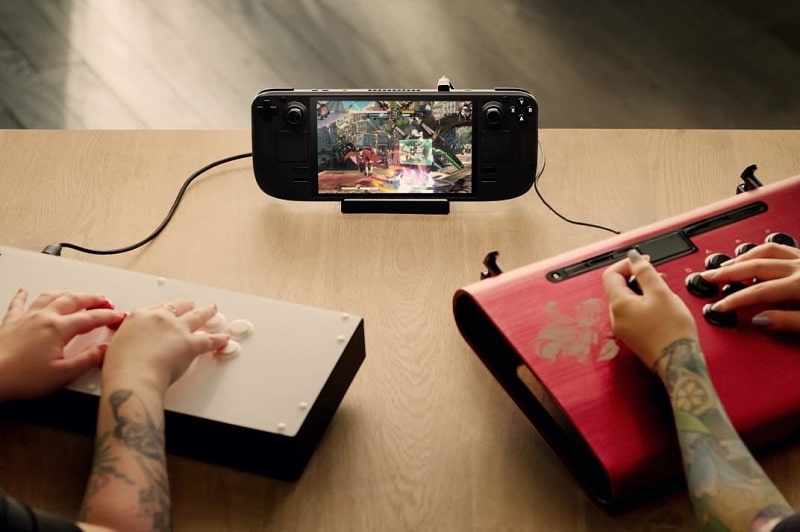 The Nintendo Switch is delivered with a docking station that allows users to connect the device to a TV and enjoy gaming on a much larger screen. Besides, the dock has further USB ports and there is also a version with a LAN port for faster, wired internet connectivity. These can turn the Switch into a fully-fledged desktop console.

The Steam Deck will also have a dock – but there is very little to be known about it at this point. What we know so far is that it will allow the device to connect to external displays, USB peripherals, and wired networks. The dock will be sold separately, with no word yet on its pricing.

The Deck will have a USB-C port for charging or connecting to an external display (DisplayPort 1.4 Alt-mode compatible). 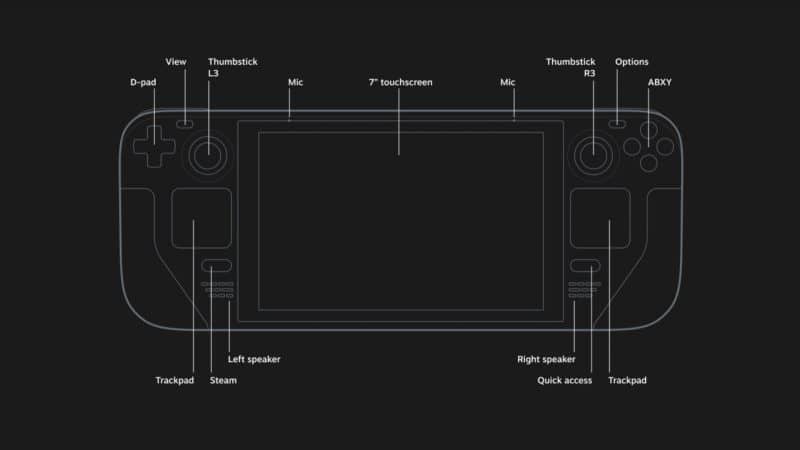 The Nintendo Switch has a completely closed system software based on the one used on the Nintendo 3DS. There is no working around it, there is no sideloading, and it doesn’t even have a fully-fledged internet browser.

The Steam Deck will run Steam OS 3.0 based on Arch Linux that’s completely open-source. Its desktop mode will use the KDE Plasma workspace.

Users will have the option to wipe the operating system from the device and replace it with an OS of their choice – but considering that the Steam OS will be optimized to offer the best performance on the given hardware, this might not be the best idea. Still, the possibility of doing so is great.

The new version of the Nintendo Switch – with an OLED screen – will hit the shelves in October and will have a price tag of $349.99. At the same time, the “classic” version will also remain available.

The Steam Deck will be available in three versions, with different storage options and prices. The cheapest – which includes 64GB of eMMC storage – will cost $499, and the most expensive one – with a 512GB NVMe SSD under its hood – will set you back $799. The price is higher, certainly, but the performance will make it worth the premium.