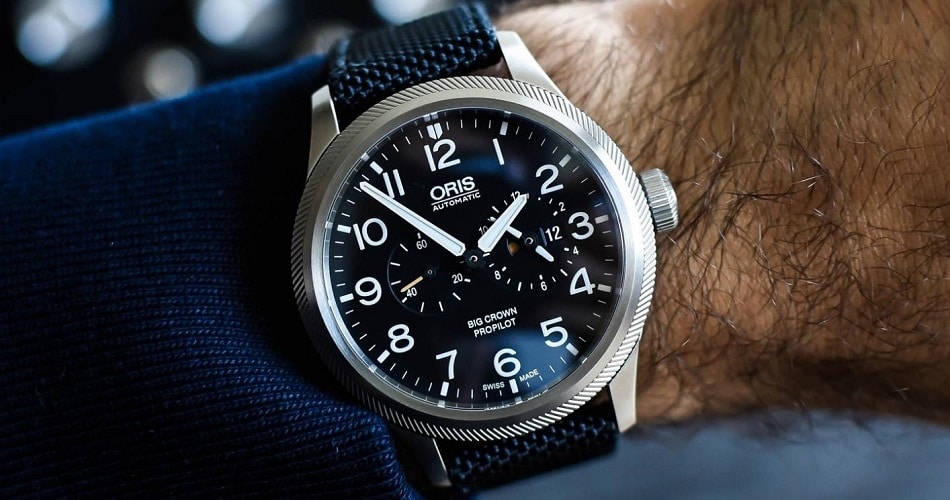 Oris is a watch brand that has been around for some years now. This article reviews the watch brand and its features.

Oris is one of the foremost watch brands from Switzerland. While it does not rank with the movers and the shakers of the industry, it has enough history and quality products to qualify as a foremost brand. This review will discuss the Oris watch brand, its history, the quality of some of its timepieces, and the collections under the brand. This review seeks to answer the question “how good are Oris watches?”.

The popular slogan that Oris is known for is “Real Watches for Real People”. As a result, the brand has the mandate to make quality watches affordable for every average person, regardless of the societal strata. And honestly, the brand has achieved this aim.

Its collections contain impressive timepieces that allow you to possess functional and exquisite watches without breaking the bank.

The Oris brand is the product of a partnership between two men, George Christian and Paul Cattin, in Holstein’s small Swiss town in 1904. These men pooled their resources together to acquire a bankrupt watch factory, Lohner and Co, and on the first of June, 1904, they entered into a contract with the local mayor, christening their brand “Oris’ after a nearby brook. 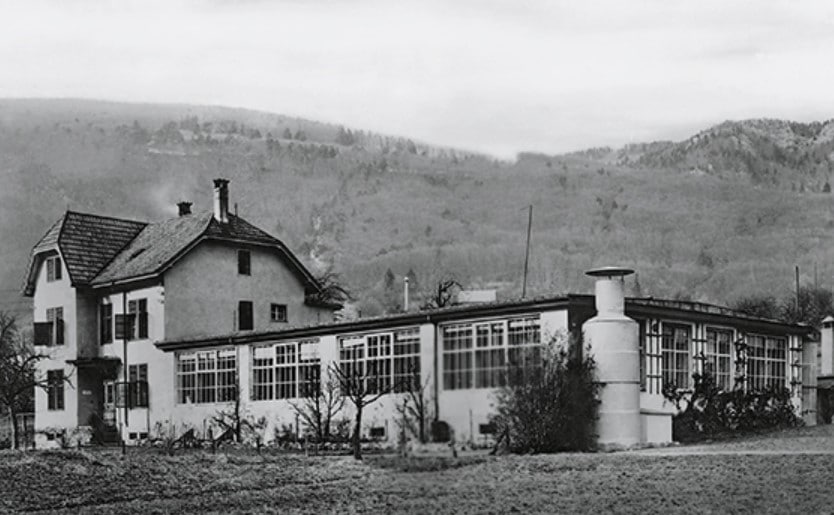 When the brand started, it focused on quality and precision. Its product was so good that two years later, it opened another assembly plant and factory in a nearby Swiss town known as Holderbank. By 1911, the brand became the second-largest labour employer with about 300 watchmakers on its payroll.

Likewise, the brand continued to expand, opening new branches in Como (1908), Courgenay(1916), Herbetswil(1925) and Ziefen(1925). With its new plants in Ziefen and Herbetswil, the brand tried to venture into the manufacture of wristwatches, from the pocket watches it started with. This venture was a success, and Oris became one of the known wristwatches in Holstein and environs. 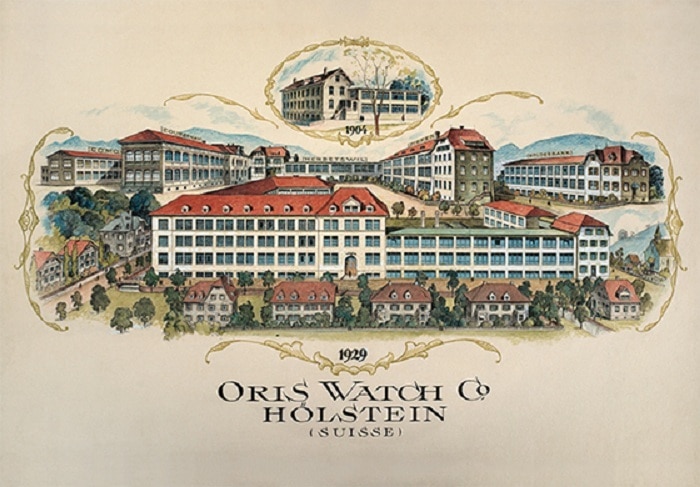 By 1927, there was a shift in the company’s managerial position as George Christian passed away, and new hands took over the company’s operation. Some of the new names that came to fore were Jacques-David LeCoultre and Oscar Herzog. Oscar Herzog was Christian’s brother in law and took over as the General Manager from 1928.

The brand under Herzog suffered a little setback in 1934 due to the Watch Statute, a law passed by the Swiss government in the same year. The law forbade watchmakers from introducing new technologies without government’s permission. As a result, the company could not change from its pin-lever movement mechanism (which was less accurate) to the lever movement mechanism (a more accurate mechanism) on time.

However, the company was able to get over this setback and continued expanding its operations and products. Part of its expansion includes the production of Big Crown Series, the first Oris Pilot watch in 1938. The watch featured a Pointer Calendar function and an oversized crown, from which the brand got its name. The reason for the oversized crown is so that pilots can adjust their watches while using gloves, a feat that is difficult with smaller crowns.

Soon enough, Oris dominated the aviation scene, and it became one of ‘Oris’s Four Worlds’.

In 1940, Oris branched into the production of alarm clocks. This diversion was necessary as most businesses and industries, including the watch industry, witnessed a dwindle in their distribution networks, especially to foreign countries. As a result, Oris started producing alarm clocks for Swiss homes to keep its business alive and made a fortune out of it. 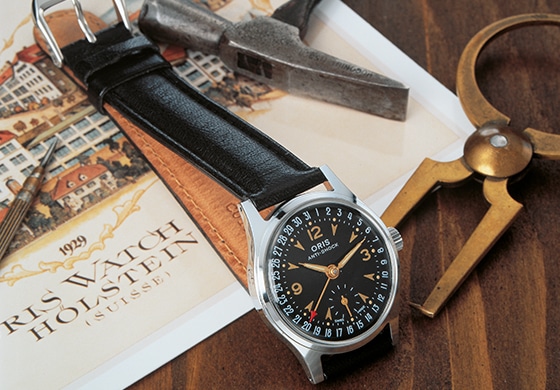 After the world war, Oris’ popularity in the industry continued to soar again, and the brand continued to expand its business operations.

In 1952, the company produced its first automatic watch featuring an indicator that shows the power reserve. This timepiece was very accurate as it uses Oris Caliber 601, famous for its precision and accuracy. This watch was a success and propelled the General Manager, Oscar Herzog, to employ a lawyer, Dr. Rolf Portmann.

Banking on the successful reversal of the law, the company rolled out a series of timepieces, and in 1967 the first Oris Chronometer timepiece came out. The watch used an Oris Caliber 652 which featured a superior lever escapement technology. This timepiece won the full chronometer certification, which is the highest award any chronometer watch can win for accuracy.

The success of this watch and many others produced by the brand made Oris one of the top ten watch brands by the end of the 1960s.

Where Are Oris Watches Made? 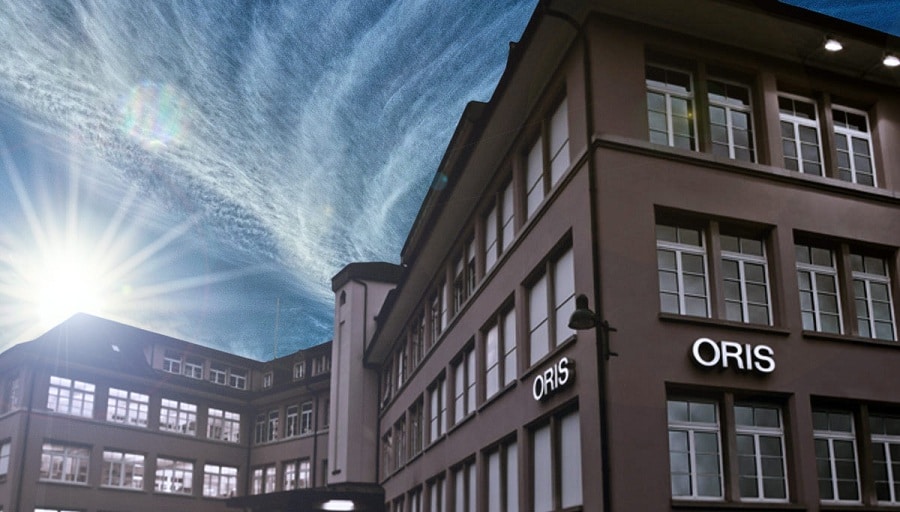 Oris is a Swiss brand. This means that it originated and operates from Switzerland, a country with a lot of historical relevance where watches are concerned. Oris watches started in Holstein, Switzerland. Not surprisingly, the head office, factory, and manufacturing building of the company are still in Holstein’s town today, on the exact spot where Paul Cain and George Christian first opened shop.

Regarding its design, the watches under Oris brands are numerous, and as a result, it will be difficult to go through each of their designs. However, a brief overview of the design of these watches should suffice.

Another important collection is the diving collection, which includes the divers series and the prodivers series. These collections allow divers, swimmers, and other aquatic professionals to have a feel of fashion with their profession. 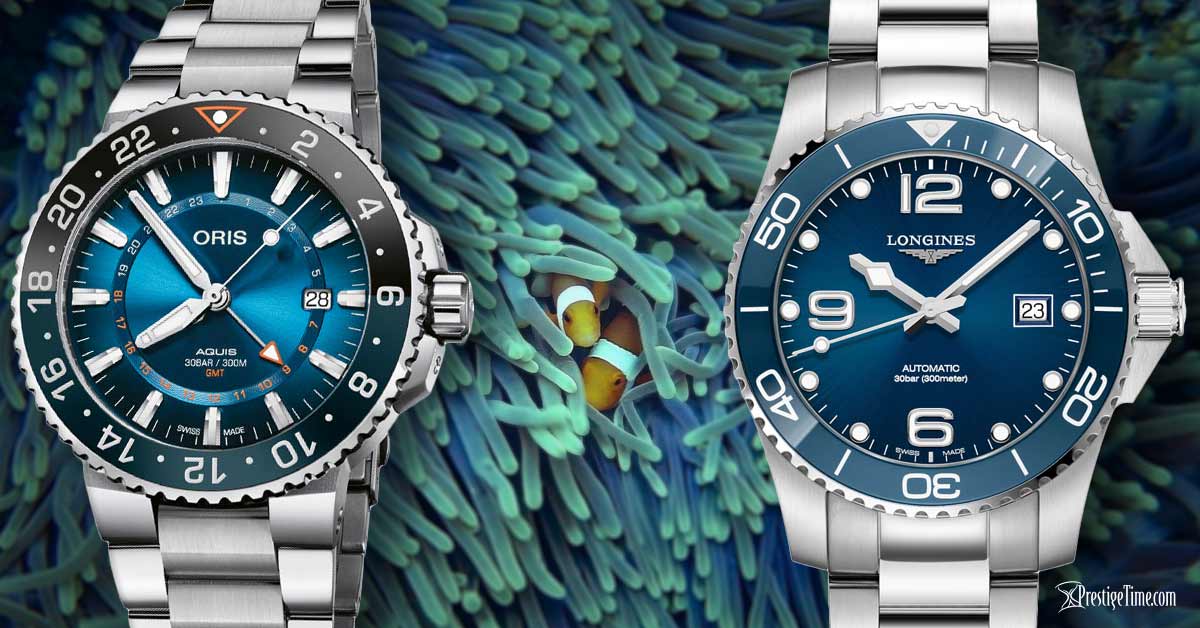 Oris holds the status of one of the watch brands that make mechanical watches. You will always find a red rotor design on most of the brand’s watches. This design is a symbol that signifies the mechanical approach with which Oris makes its watches.

Oris combines this mechanical process using quality materials to produce a highly functional and performing timepiece. With its history and status as a Swiss brand, you can trust that the best and most accurate movement mechanism is used on its watches. Oris watches’ quality and performance can be likened to that of reputable names such as Longines and TAG Heuer.

Oris watches are of good value. With its exquisite designs and features, the watches come at reasonable and affordable prices. While there are not the cheapest watches around, they are also not as expensive as luxury brands. Therefore, they offer mid-range prices that almost everyone can afford. 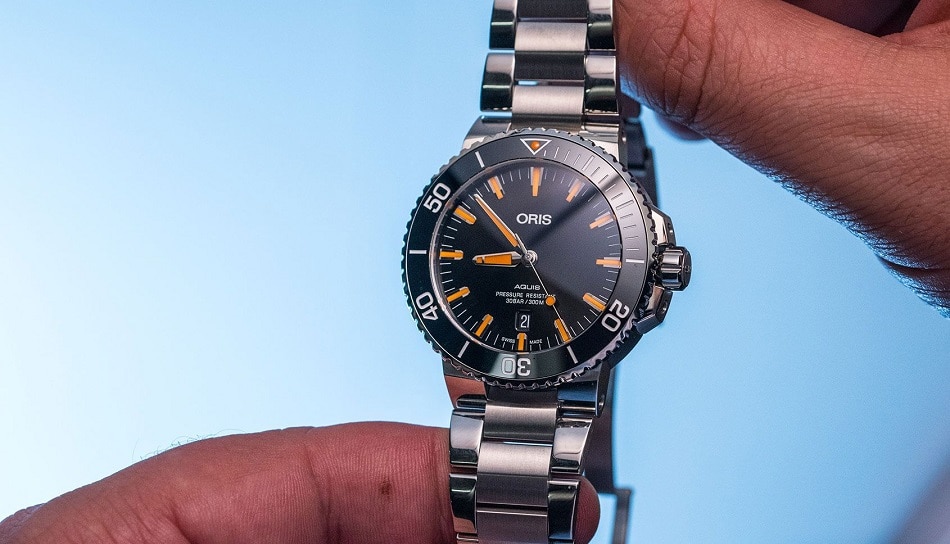 As a result of its quality and good value, Oris watches have continued to receive good reviews from watch collectors and fashion experts. 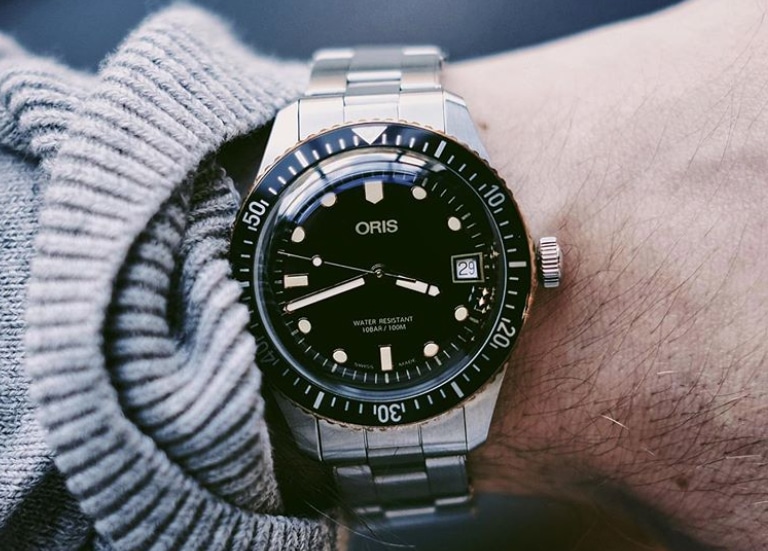 There are many watches under the Oris Diver series, one of the prominent ones is the Oris Divers Sixty-Five. The model is a revived version of the original Oris Diver timepiece that debuted in 1960.

The watch features a 40mm stainless steel case. This case is anti-corrosive, which means that it is resistant to corrosion. This design makes it perfect for casual occasions and swimming, as it is water-resistant to a depth of 100m. Apart from its anti-corrosion feature, the watch also features a sapphire crystal resistant to scratches and an anti-reflective coating that allows you to see the watch easily, even underwater.

Another watch under this series is the Oris Divers Sixty Five Chronograph model. This watch features a vintage design, a 43mm stainless steel case and a sapphire crystal with anti-reflective coating. The watch comes with a leather strap and a bronze bezel. Being a diver’s watch, it is also resistant to a depth of 100m.

The last model that we would review under this series is the Oris Movember Edition. The watch represents the effort of the company to collaborate with NGOs for a good cause. This time, the collaboration was with a men’s health foundation, Movember, which the watch was named after.

If you appreciate diving and aquatic designs, then you should get one of the watches under this collection.

Oris has an impressive catalogue of watches when it comes to Aviation watches. One of the series under this watch family is the Oris Big Crown ProPilot. The watch features big and bold pilot designs. These include big crowns, large numerals, luminous hour markers, a day window and many more.

Apart from the plot designs, there are other special functionalities that a pilot would find useful on this timepiece. These features include GMT, altimeter, world time and many more.

Oris has partnered with many aviation bodies to produce limited editions of pilot watches. These include the 40th Squadron Limited Edition with the Belgian Airforce Rescue Team, Squadron Helo. There is also the Oris GIGN with the French Police’s Special Operations Unit (GIGN).

There is also the Big Crown Series that embodies designs from the 1930s. The watch has a lot of history, as Oris’ first attempt to enter the aviation market. If you fancy classic aviation designs, this series will be your best bet. 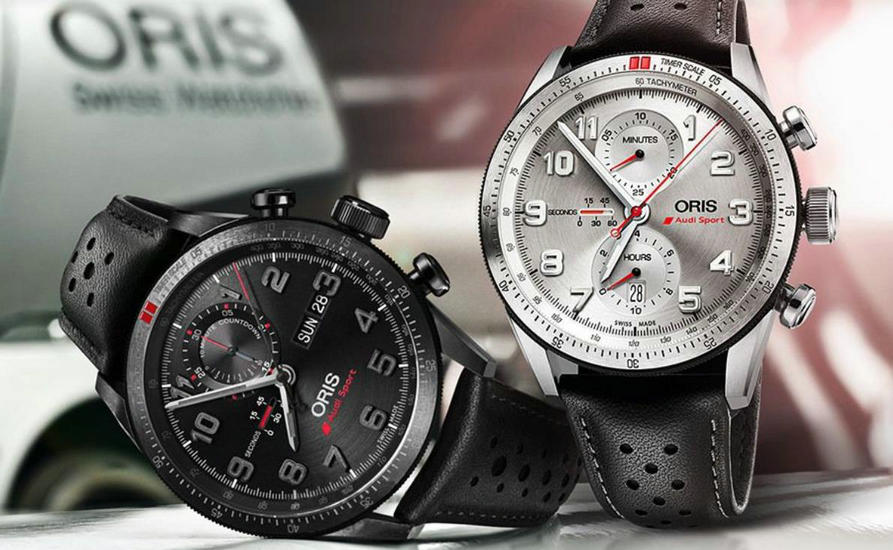 As explained earlier, this watch collection is inspired by racetrack drivers and other motorsport racing professionals. Of the watch collection, the Oris Williams Series is the most popular. This series is born out of a partnership with the Formula One racing team, Williams in 2003.

Other watch models in the series include Oris Artix GT, Oris TT1 and Oris Chronoris.
If you are a racetrack driver or you enjoy motorsport designs, you can get the watch models under this series.

The most popular watch series under the Oris Culture family is the Oris Artelier. The watches focus on the in-house calibre used by Oris in manufacturing its watches. There are many watches under this series, and you will be able to choose from them based on their different features such as stainless steel, leather straps, chronometers, diamonds, and a skeleton style.

The Oris Calibre 113, is one of the outstanding watch models under the Artelier series. This watch is a successor to models such as Calibre 110, 111, and 112. The Calibre 113 features a superlative in-house movement mechanism.

The Oris brand is an excellent watch brand with impressive collections of timepieces. The brand has been around for many years and has developed over time to a standard and reputable name in the watch industry. While it is not a luxury brand, its watches are of high quality and very affordable.