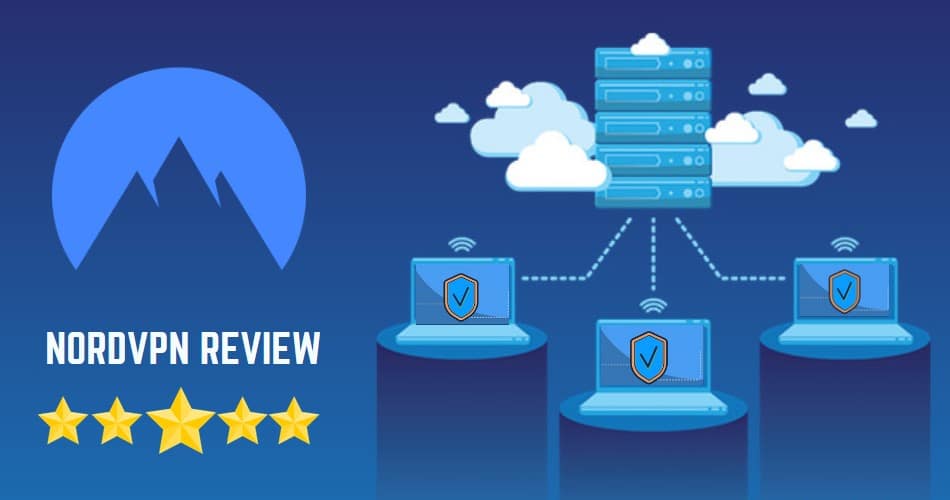 NordVPN is arguably the most popular VPN in the world. Being the most popular comes with a lot of hypes, padded truths, and uninformed and biased criticism. That is why I have written this article to provide an unbiased review of NordVPN.

Before writing this NordVPN review, I tested it and did extensive research so I could separate the truth from the noise around. Below is my honest review of the most popular VPN – NordVPN.

I am going to review NordVPN based on the important things to look out for in a VPN. These include things like platform versatility, internet speed, security, ease of use, pricing, and others.

While you think accessing the Internet from the comfort of your room makes you anonymous, you are wrong. In fact, you are never anonymous on the Internet. The Internet strives on a whole lot of censorship and surveillance that some companies somewhere knows you better than you expect. This is one of the problems NordVPN came to solve – to provide you with protection against censorship and intrusive government surveillance.

NordVPN is one of the most trusted security and privacy service providers in the world. They serve a population of over 12 million people worldwide who want to access the Internet anonymously.

They provide one of the fastest Internet speeds compared to other VPN service providers. They have over 5800 servers distributed among 60 countries in the world. They have been recommended by PC Magazine and CNET among others.

Why We Recommend NordVPN:

You need to pay attention to It:

Our Expert Rating and Test Results

You know what people say about the first impression right? The lifetime idea you might have about any product is that first impression. What do you think about an app that crashes upon installation? I bet you will give it a bad review.

My first impression with the NordVPN is a good one. First, the size of the Installer file is 12.97 MB. Downloading and installing it was very easy and swift. 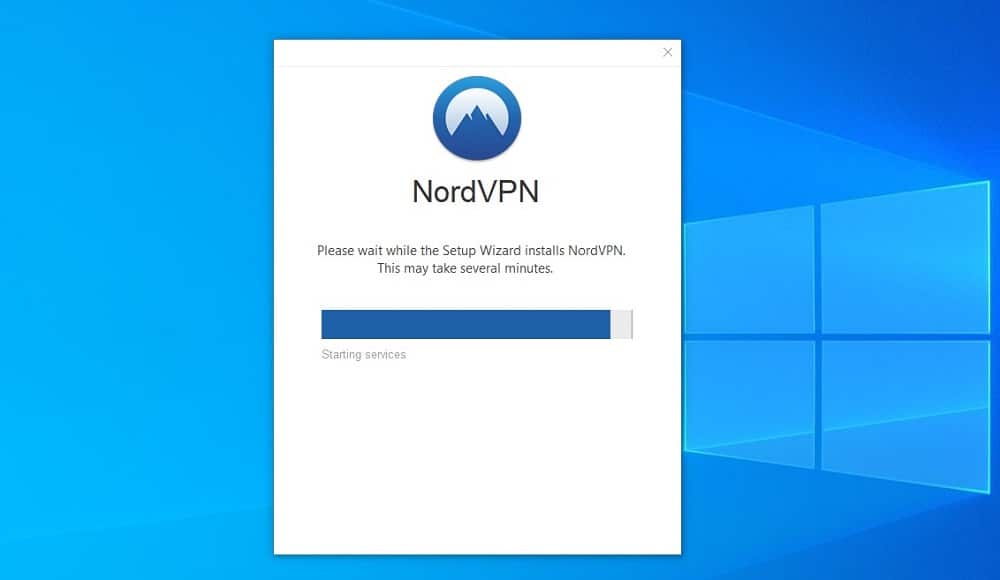 Immediately after the installation, it became ready for use and you are prompted to enter your email address and password – prior to this step; I have already subscribed for a monthly plan. The main interface of the tool opened and you can see a map displayed with a pointer on each country they have a server. Just clicking on the country starts the VPN protection service. 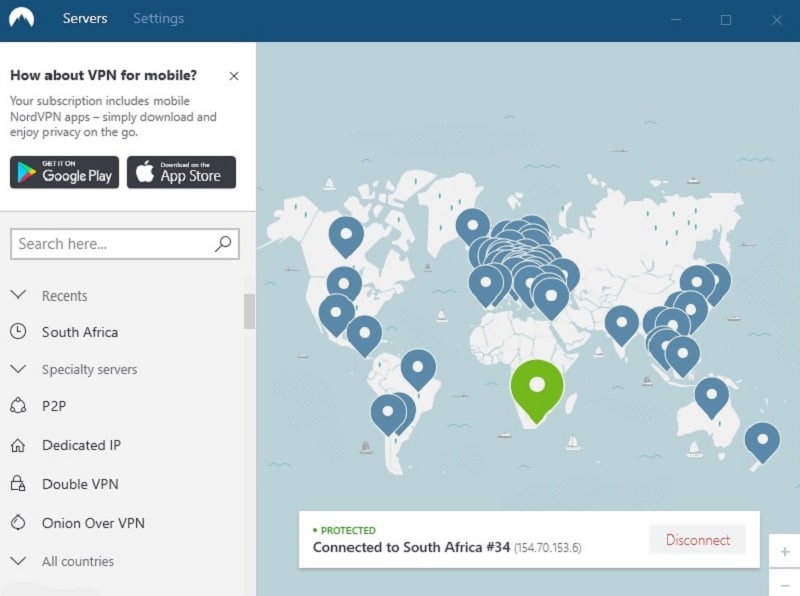 Immediately after starting it, something interesting happened. I needed to check my messages on Upwork and I visited the site and entered my login credentials and I was told they needed to confirm I am the true owner of the account – they sent a 6-digit number to my phone. Confirmed, I am now anonymous. This is the first impression NordVPN made. This wasn’t even a deliberate action.

People are increasingly needing a strong and fast Internet connection so as to download files or have a seamless streaming experience. While Internet Service Providers (ISP) are doing their best to provide infrastructures that help us access the Internet at a blazing speed, VPN tools are slowing them down because of the encryption process that takes place to keep us anonymous on any website we visit.

Aside from the encryption process, some other factors that reduce the speed include the location of the server you’re connecting to and its bandwidth limitations. 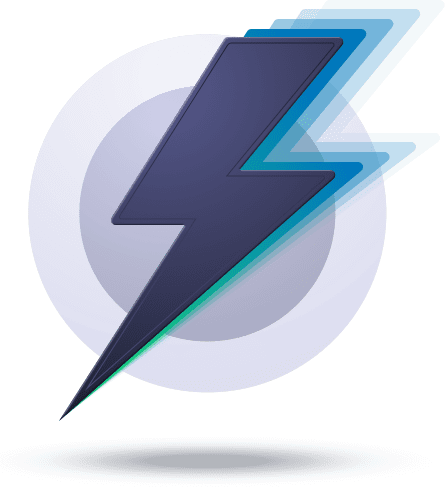 While it is a known fact that all VPN slows down the speed, what we are interested in this case is the speed of NordVPN compared to the other VPN in the market? According to the research I have done, NordVPN is slow in the past compared to its competitors. However, this has improved in recent times. In fact, NordVPN is currently doing better than its competitors. 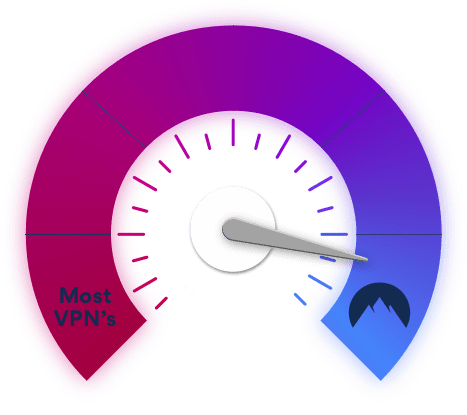 Without NordVPN activation, my Internet download speed was 98.71 Mbps. However, trying this with NordVPN activated resulted in a decreased speed to 74.15 Mbps. I then tried other VPN services, and I got an average of 70 Mbps. This shows that Nordvpn is fast as far as VPN speed is concerned. However, it is expected that your own experiment will be different based on the factors mentioned earlier.

According to a study done by Facebook and GfK, about 40 percent of online adult internet users are multi-device users. What does this mean to you? Well, it means any serious tech company that builds for the web needs to target as many platforms as possible. Unlike in the past, when accessing the Internet was done using desktops and laptops, the number of Internet users using mobile phones to access the Internet is increasing.

A serious VPN service provider should protect its users across platforms. In this regard, NordVPN excels. Aside from being available as an app for Windows, Linux, Mac, Android, and iOS, it also has a browser extension for Chrome and Firefox. They also provide secure protection for over 40 mobile OS, Routers, and Raspberry Pi.

With just one account, you are provided protection on all the supported platforms. This means you need not keep changing VPN providers because of a device change.

Good things of this world made by men do not come free – they come with a price which will either be in cash or kind! Accepted, there are some free VPN providers that are free out there.

However, these free VPN tools cannot be compared with the paid ones. It is no longer news that most free VPNs aren’t as secured as they claim and in many cases, aren’t transparent and in fact, malicious.

However, that you should pay for VPN services rendered does not mean you should pay through your nose. In terms of pricing, NordVPN can be said to be in the middle class. For a month, their subscription is $11.95. However, as you pay for more months, the price per month reduces. Below is the current pricing.

While the pricing can be said to be right, NordVPN does not provide a free trial. This isn’t a good thing as a lot of users who would have been interested in giving them a try are locked out. However, they provide a 30-day refund policy that some people find discouraging because unlike the 24 hours period they claim, some users didn’t get their money until 4 weeks later.

The number one reason people go for the service of a VPN is to make them appear anonymous online. NordVPN makes this a top priority. Below are some settings to ensure you are secured every time you visit the Internet.

This is the technology used by NordVPN to disable ads and help protect you against malware and other online threats.

This is the technology used by NordVPN to disable ads and help protect you against malware and other online threats.

If this is enabled, your connection to the Internet is automatically disconnected if you aren’t connected to a VPN. 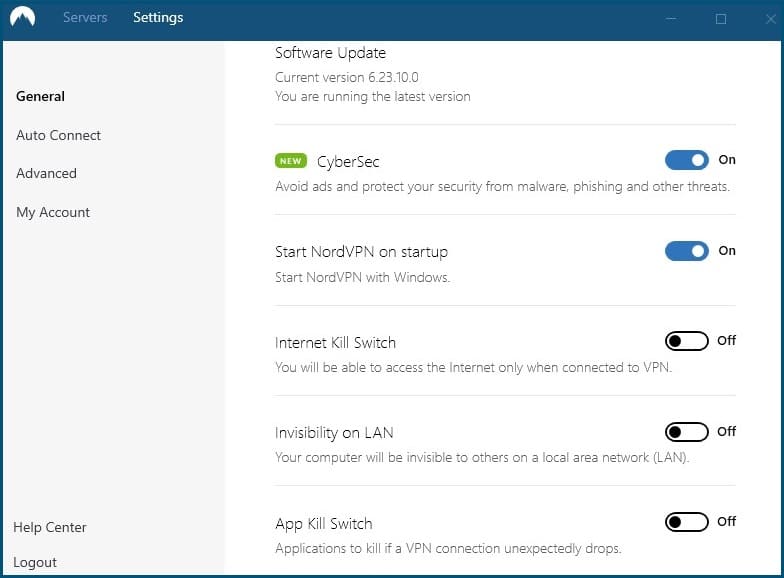 One interesting thing about this VPN is that it does not log user’s internet data.

According to the above excerpt from their privacy policy page, NordVPN does not keep a record of user activities. Just like many other VPN service providers, NordVPN is based in a country that is seen as a VPN haven – Panama. The country does not require VPN providers to provide them with any form of information regarding users of their services.

This makes it safe for users. Had it been it is located in the United States or the European countries that require a lot of censorship, this becomes a problem in keeping their users truly anonymous.

The number of servers and their geographic distribution is equally one of the important factors to consider in a VPN. I have had times I tried streaming a movie only to be told people could not see the movies outside of the EU region. Well, with my VPN that has a server located in the EU, I can quickly launch and boom… I am now surfing from the EU. Not just movie sites, there are a lot of sites and apps that are only available to people of specific regions and country. As such, any serious VPN should have servers located in different countries in the world.

When it comes to server count, NordVPN had been ranked the VPN with the largest server distribution. It currently has over 5800 servers in 60 countries. Out of these 5800 servers, 2663 servers are located in Europe, 686 in the Asia Pacific, 2332 in the American region (both North and South), while the remaining 116 servers are located in Africa, the Middle East, and India. With this number of servers, chances are there that NordVPN covers the area you intend to surf the Internet from. 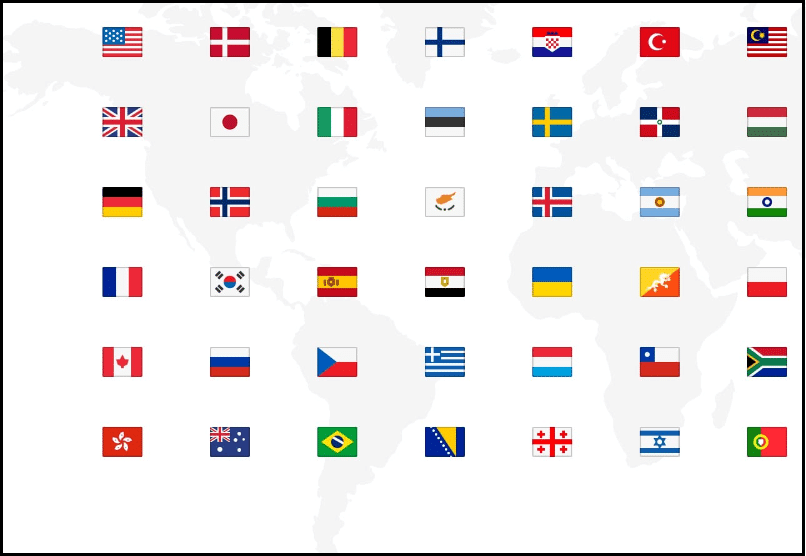 However, it is important to state clearly that avoid choosing random distance locations for choosing sake. Except if you have any valid reason, go for servers that aren’t too far in other not to affect the speed of your Internet connection.

Not everyone is using a VPN for the sake of avoiding censorship and surveillance. Some use them for entertainment purposes. Many premium movie sites choose specific movies to show to people from different countries. One of such premium movie service provider is Netflix. If you live in the UK, you are deprived access to some movies meant for the US and vice versa. 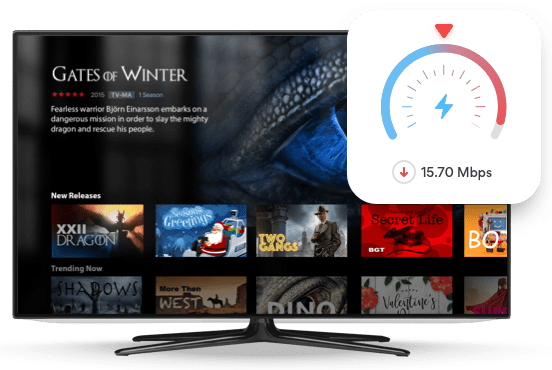 Netflix has even grown smart that it can detect a VPN connection and deprive its access. However, NordVPN is still one of the few VPN that still fly below the radar and access Netflix from any location you wish. When it comes to torrenting, NordVPN is also a good choice as theirs no restriction placed on them.

The software industry is already used to free trials, and everyone expects NordVPN to do it. Sadly, NordVPN does not offer even a one-second trial. If you must have a taste of it, you must spend money on it. To make matters worse, NordVPN’s pricing is expensive when subscribing for a one-month plan. As discussed above, a one-month plan costs a whopping $11.29. However, if you’re subscribing for their 3-year plan, that drops back to an impressive $2.99 per month.

If only they can reduce the one-month subscription fee, a lot of intending customers won’t mind paying for it just to try since free trial is not available.

Our Verdict – Is NordVPN Recommended?

NordVPN, just like any other software in the world is far from being perfect. It has where it excels and places that need a lot of improvements. However, looking at the areas it excels and the areas it flops, one cannot help but praise NordVPN.

No wonder it is recommended by many tech-inclined websites and dubbed the most popular VPN out there. I strongly recommend NordVPN after the above NordVPN review.

Scroll back to top