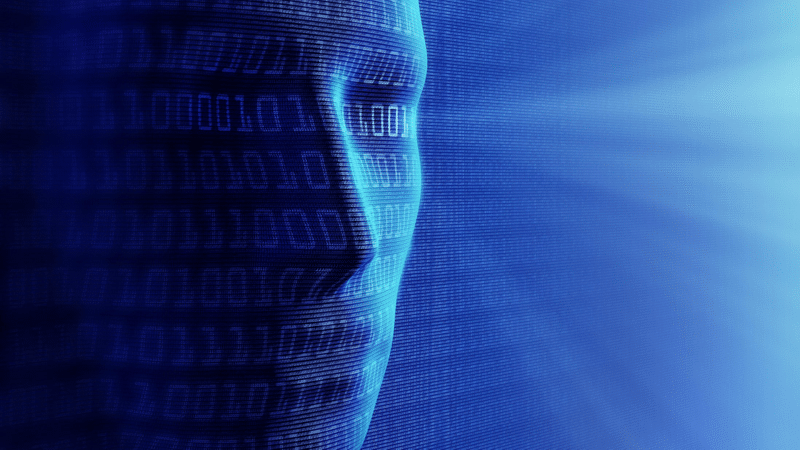 With Google, IBM, Microsoft and others investing billions of dollars into artificial intelligence, does this mean the everyday investor should follow along?

Artificial intelligence is arguably already one of the most important industries in the world, and as most futurists predict, it is growing in importance every day. You should invest not only your money (check out this investment calculator), but also your time in understanding some of the important implications of the technology.

As Steve Omohundro points out, the field of artificial intelligence is at an inflection point of huge opportunities, great disruption, arms races, and even dangers.

Here are some of the major factors why AI should weigh heavily on you as you plan for the future.

IBM has long been known for pioneering work in artificial intelligence research.  From Deep Blue's defeat of chess champion Gary Kasparov in 1997 to the continuing development and expanding application of Watson into new business areas. Included in this is a  new partnership with Apple, that will conceivably bring the power of Watson to Siri in the not-to-distant future.The Financial Times also reported recently that IBM is pushing artificial intelligence even more going forward.Google, Microsoft, Baidu, eBay, Yahoo, and Facebook also have multiple large active AI developments underway, and the race seems to be on to acquire systems, and the creative minds behind them, by these companies.Google, for instance, has expanded the company's Knowledge Graph work and is now leading in image recognition, with the help of Geoffrey Hinton and the DNNresearch Inc team that Google acquired in 2013.The company also acquired Deep Mind recently.  Deep Mind has indicated that it has made significant developments in machine learning, including a system that plays video games.

In December 2012, Google hired inventor, entrepreneur, author, and futurist Ray Kurzweil as a director of engineering focused on machine learning and language processing. Kurzweil has said that he wants to build a search engine so advanced that it could act like a “cybernetic friend.”

Peter Norvig, a director of research at Google, estimated that his company already employed “less than 50 percent but certainly more than 5 percent” of the world’s leading experts in machine learning, the wider discipline of which deep learning is the cutting edge.

Facebook has headed up its AI efforts with Yann LeCun, a well-known researcher in neural networks and deep learning.Microsoft has also had a long commitment to AI development, some of which is now emerging in the release and continued development of Cortana, a digital assistant that is said to be much better than Apple's Siri. Microsoft has also wowed crowds recently with demonstrations in translation and image recognition.Without a doubt, large companies have a huge stake in the progress of AI, and any investment in them represents an investment in artificial intelligence. 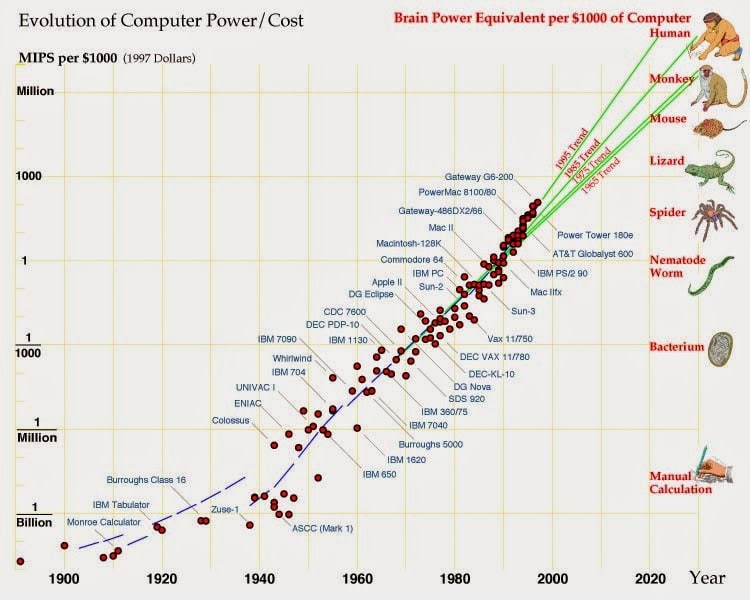 Pushed along by Moore's Law, artificial intelligence is only just starting to fulfill its long-hyped potential.  Much of the theory behind machine learning is decades old, and only in the last few years has the hardware made the application of the theory possible.As Terry Sejnowski, now head of the Computational Neurobiology Laboratory at the Salk Institute for Biological Studies said: “Thirty years ago, we had very crude ideas; now we are beginning to test some of those ideas.” The costs of hardware are also falling rapidly.  Only released in 2007, GPU

‘s are increasingly becoming the tool of choice for artificial neural networks. Using these high-speed graphical processing units networks can now correctly recognize about 88 percent of the words spoken in normal, human, English-language conversations, compared with about 96 percent for an average human listener. They can identify cats and thousands of other objects in images with similar accuracy and in the past three years have come to dominate machine learning competitions.

GPU-accelerated computing offers unprecedented application performance by offloading compute-intensive portions of the application to the GPU, while the remainder of the code still runs on the CPU.

The Machine Intelligence Research Institute (MIRI) recently investigated the current size and past growth of the AI field, and found that as much as 10% of all computer science research is currently directed towards AI.

Steve Jurvetson has also commented recently that the price is coming down so fast that artificial intelligence will increasingly become a cottage industry, with hardware costs no longer being a barrier to entry. 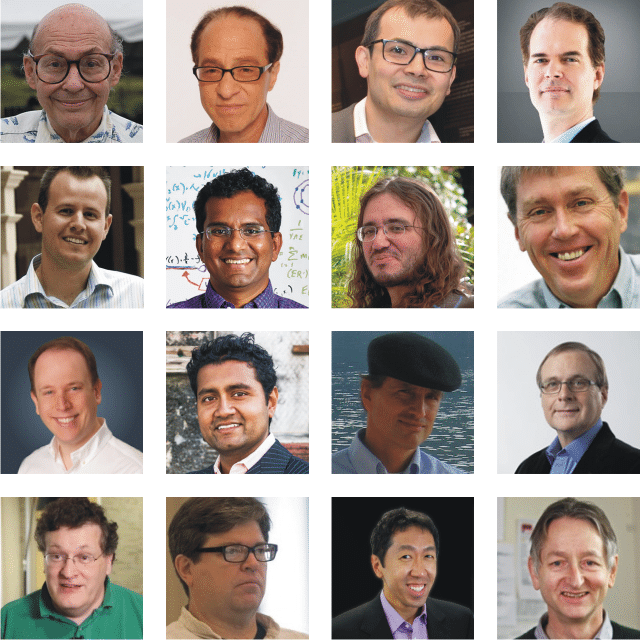 3. Arguably the World's Smartest People Are Working in AI

While they might not be on the list of the people with the highest IQs in the world, the field of artificial intelligence boasts some of the smartest people in the world working on solutions.  Many of these individuals are considered geniuses by multiple standards.

Among them (in no particular order) are:

Another list of prominent AI researchers has been compiled by Dataconomy.

4. There is Still So Much Room For Improvement

Just try talking to Siri or Google Now, and you will soon be confronted with the limitations of the software. Undoubtedly artificial intelligence development has come a long way, but there is a lot of work to continue.  This represents an opportunity space for people who can identify the trends and the organizations that are making the biggest leaps.

Yann LeCun hints that in the future artificial intelligence will power “vision systems that can drive your car, a vacuum cleaner robot that will recognize your furniture and if there’s dirt on the ground, an autonomous lawnmower that will mow your lawn and not take out your flowers.”

There is a lot of room left for AI to make a difference, so it follows that as the systems become better, their application spaces will continue to enlarge.

The Internet of Things (IoT) is also a fertile ground for artificial intelligence.  The development team at Viv, who were among the key developers of Siri, are counting on a future when AI will be embedded in countless Internet-connected everyday objects.

Viv's founders claim you will use the artificial intelligence system as a utility, the way we currently use electricity. Simply by speaking, you will connect to what they are calling “a global brain.”

5. Narrow Systems Can Be Employed In Any Nearly Situation

Narrow, or weak AI, is used to describe artificial intelligence systems that operate in a limited domain.  All current artificial intelligence, is considered AI.  For instance, your Roomba is pretty efficient at vacuuming the floor, but it cannot clean the windows.  Siri is narrow in terms of the questions ‘she' can answer.

The catalogue of narrow AI applications continues to grow and become impressive. Speech recognition, for example is really starting to reach levels where carrying out a conversation with a computer is becoming possible. Programs like Facebook's facial recognition is nearing human levels.

Development efforts for narrow AI and expert systems, probability and statistics, machine learning, self-organizing machines and many less-discussed and some yet-undisclosed systems is underway in various areas.

While there are many examples of great narrow AI applications, we are only in the early stages of adoption, and this represents a great opportunity as more and more applications are able to take advantage of the technology, and gain from it's benefits.  Companies and organizations will especially gain in terms of productivity and reduced labor needs.

6. AI Will Be Incorporated More and More Into Other Software

Artificial intelligence will increasingly be made a part of other software programs.  Imagine working with a CAD program, and asking a virtual assistant, similar to Siri, “How do I smooth this edge into this surface?” or working with a spreadsheet, you ask your computer, “How can I concatenate these cells?”

Smarter software will also help knowledge workers be more productive.  Along with taking the drudgery out of some tasks, artificial intelligence-enabled software will provide hints, examples and clear previews of processes that will speed up and maximize tasks.

The licencing of AI systems by apps, software and operating systems represents a big way traditional software will change in the next few years.  Along with breaking the paradigm of mouse and keyboard interaction, rich, accurate and meaningful AI interaction will bring new levels of productivity to digital work.

Working with natural language, users will be able to perform ‘superfunctions' where the AI takes over and performs much of the ‘grunt work.' Competitive advantage may be made for first movers, or for systems that employ better AI subsystems.