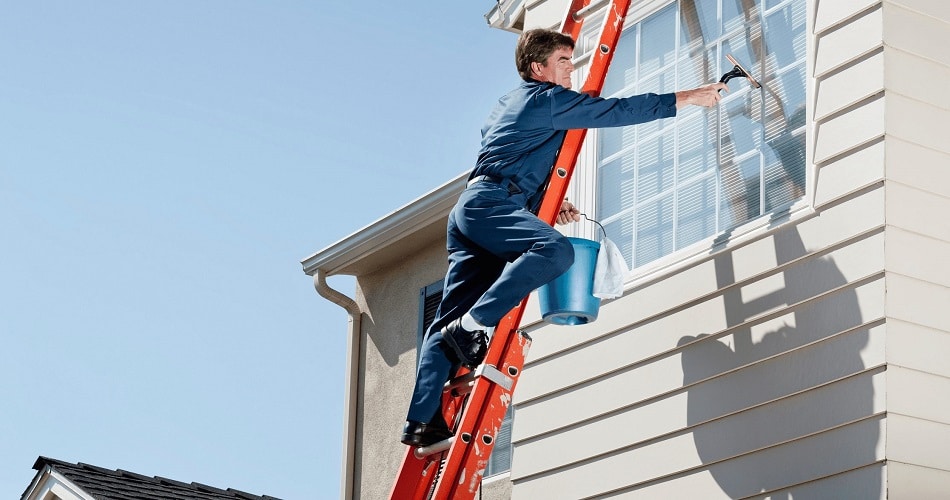 Window washing can be easy or challenging, depending on the type of building you're working on. If it's a one-story building, for instance, then the job may be easy, albeit a little bit risky. However, window cleaners who have to work on skyscrapers tend to have a rougher experience.

The window cleaners have to brave the elements such as gusts of wind and harsh temperatures to ensure that the windows are clean. High rise window cleaning is not a job for the faint-hearted. However, it is a job that needs to be done nevertheless.

According to statistics done by pay scale, most window washers tend to earn an average of $17 an hour with minimum earnings of $14 and maximum earnings of about $27. These rates translate to, roughly, $50000 earnings per year depending on the number of hours worked per day. 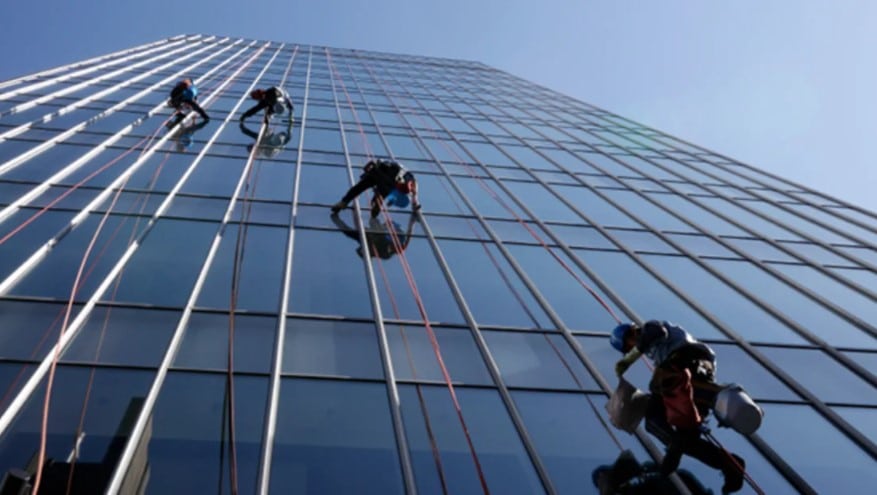 There are two types of window cleaners; freelancers and those who work in unions. They both earn different paychecks; however, their salary is still affected by several factors such as job location, the number of hours they work, etc.

What does a Window Cleaner’s Job Entail?

Window cleaners are service providers who ensure that parts of windows that are visible from the outside are clean. Window cleaners often offer their services to high-rise buildings; however, it's important to note that even one-story buildings still need these services.

Window cleaning is classified as non-skilled labor, which means that you don't have to have any qualifications to get a job. Still, getting relevant qualifications from institutions such as Windowacademy will help set you apart from most other job applicants. 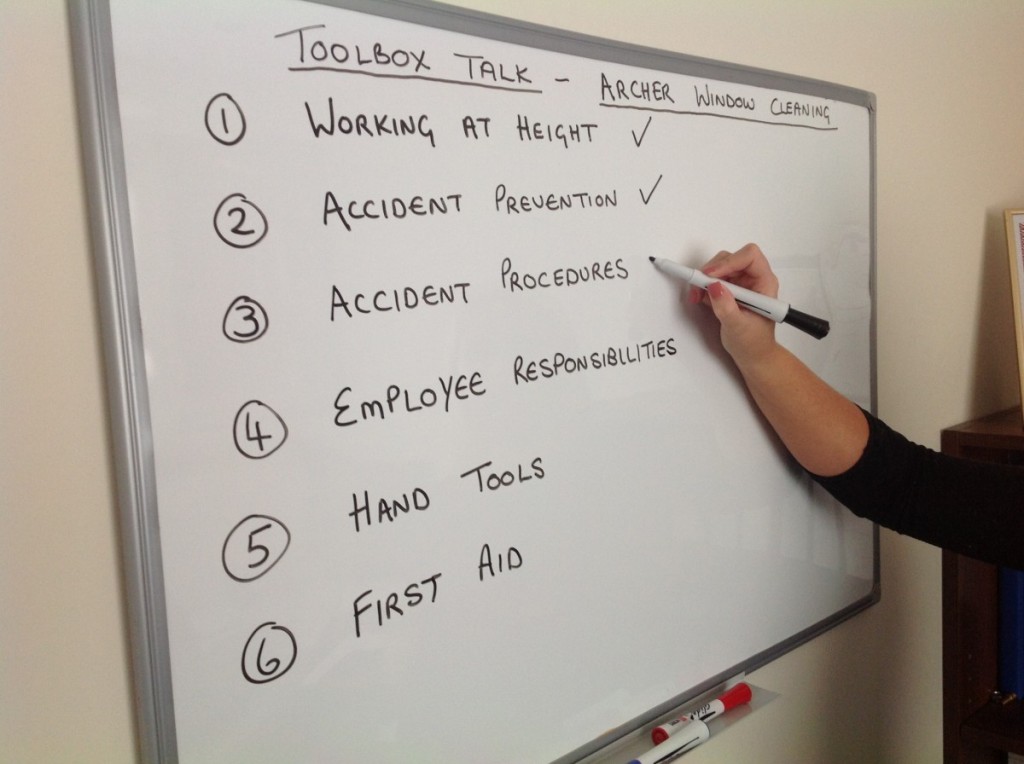 To be a window cleaner, you have to be educated on how to use the window cleaning tools and safety measures you have to take to ensure you and your colleagues' safety. Formal training is essential to minimize accidents and maximize efficiency.

You also have to be physically fit if you want to work as a window cleaner since it's a physically taxing job. Hanging from the side of a skyscraper for more than a couple of hours is no easy fit. Getting in good physical shape will help you avoid unnecessary work hazards like passing out, for instance.

Different states have different minimum wages. Therefore, payment for window washers and pay follows the guidelines set by the federal government on minimum wage. A high-rise window washer can therefore earn a minimum salary of $24000 upwards to $75000.

Earnings for Window Washers who Belong in a Union

Window washers who work with unions tend to earn more and get to enjoy better benefits than freelancers. Unions most often provide job security, life insurance, health insurance and other covers that prove very beneficial to window washers.

The most experienced workers who work with window washing companies earn about $20 an hour. The employees are privy to percentile salary increments, depending on the employing company, throughout their career.

Corporate cleaning services, a company that employs the largest number of union workers pay $20.50 per hour with 70% of its workers earning more than $53000 annually. The company also offered to increase pay by 27% over the coming five years.

However, there have been several strikes by union window washers over pay. Chicago window washers, for instance, put down their squeegees in protest to demand a pay increment and better benefits. The window washers demanded a 37% salary increment to cater to their needs. 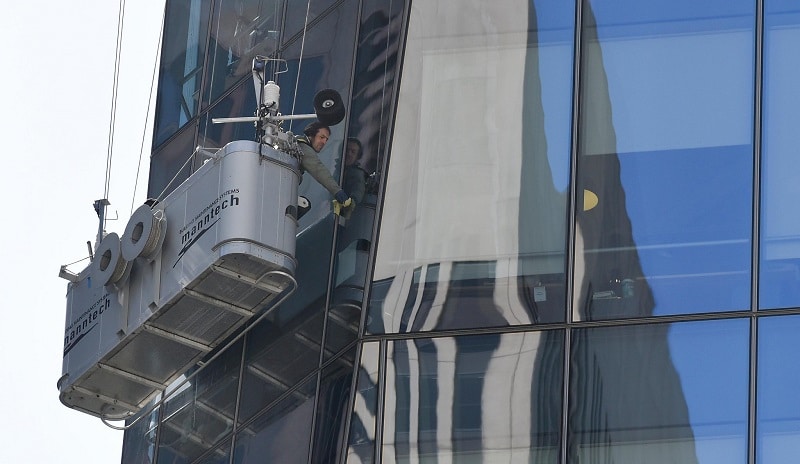 Wages per Industry per Hour 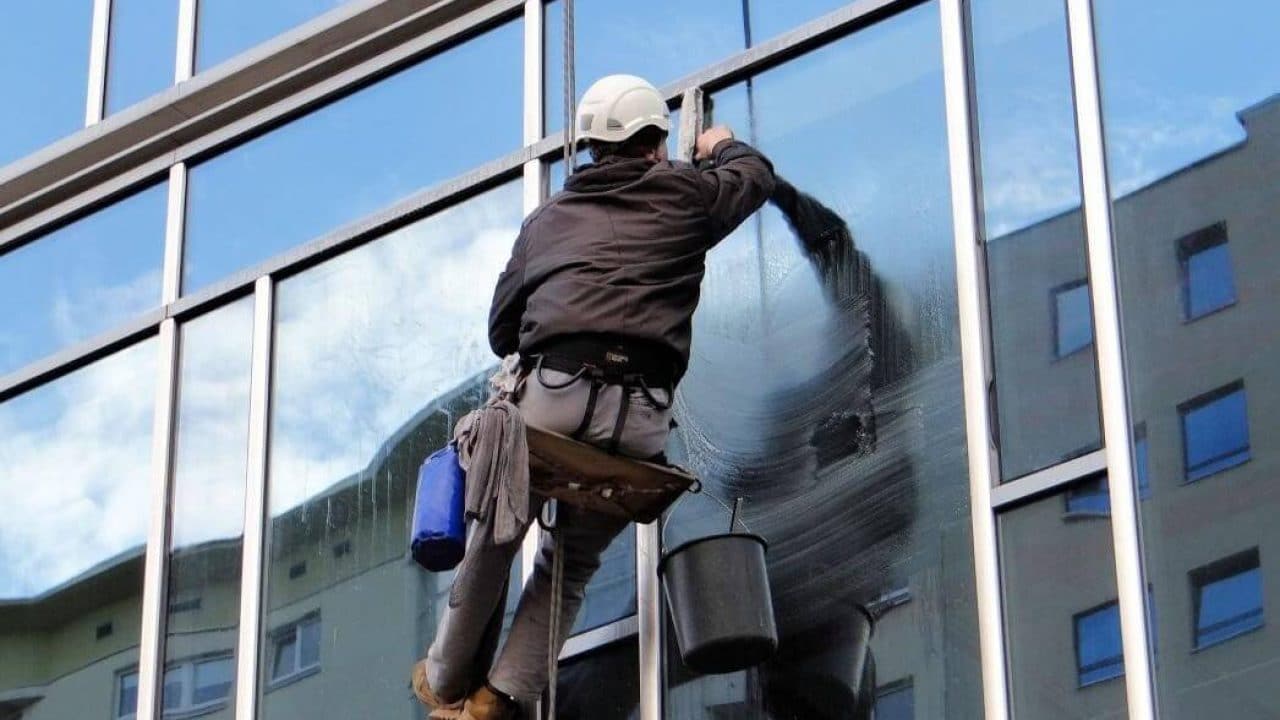 Government industries pay from $15 to $18 per hour while higher institutions pay $21 an hour. Building maintenance companies pay $14 per hour and elementary schools $13 per hour.

Different states have different rates for window washers with some being as high as $21 and others going as low as $11 per hour. In the state of Delaware, for instance, window washers are paid an hourly rate of $21.81 while in Pennsylvania window washers get an hourly pay of $11.02.

Window washers in New York get paid an average of $32140 annually according to the research done by Indeed from anonymous Emails sent by 230 window cleaners. Window cleaning contracts in New York don’t usually go for more than a year.

Window washers in California get average hourly wages of $17.81 which is roughly 23% more than the national average. These figures were reached through anonymous emails sent to indeed from 228 window cleaners indicating their pay.

Window workers in California usually don’t work for more than a year.

Window washers earn a yearly income of $28378 on average. Zip recruiter recorded a rise in annual earnings of up to $37860, which then fell to $16503. As of April 2020, according to ZipRecruiter, the window cleaning industry in Austin, Texas is booming.

Although window washers get pay raises, it's not that significant. The only way you may get to earn more pay is if you go into a supervisory role. However, this requires you to have garnered considerable experience in the window washing sector, and you also have to display administrative capabilities.

According to the Washington post’s 2007 article, 'Hangin' with a High-Rise Window Washer,' window washing is a risky endeavor. However, many window washers often flaunt the safety rules and regulations and sometimes the window washers’ administrators don’t ensure strict adherence to these regulations.

Some window washer administrators take advantage of these situations by paying undocumented immigrants under the table to do these tasks. The pay is most probably than not low, although the workers can complain because they need the income.

The exact amount of salary they get paid is not and cannot be documented because the actual numbers are not available due to dubious payment procedures. However, it's safe to assume that it can't be that good.

The mortality rate in the window washing industry has been significantly low over the past few years, which is not what you’d expect with 1.5 million workers washing windows daily.

Window washing is risky, especially if you work on buildings that are more than a few stories high. However, the taller the building you're working on, the better the pay, though not by a lot. Once you've gotten over your fear of heights, you'll start earning your salary.

Window washing unions offer job security and benefits. However, they lack versatility. You won’t be able to negotiate your rates as an individual and take advantage of the market as you see fit. Negotiating for salary increments is more often than not a tough tussle between individuals and the union often resulting in strikes and go-slows.

Window washers who get the most returns for their hard work are those that have started their own window washing companies. The reason for this is because they can determine the client they get to add to their list, which helps them dictate their terms and pay.

All said and done; window washing is a decent career that should not be underestimated. 49 % of window washers have reported being satisfied with the job although sometimes it doesn't pay too well. Window washing pays just enough and could be considered as your primary or side job.