Esports is big business and it is getting bigger every single day. Although many of the major tournaments were either moved or canceled due to the global pandemic in 2020, things are getting back to normal and the prize money is soaring.

In fact, studies have shown that video gaming and esports were one of the very few market segments to have been positively impacted by the quarantines imposed by many federal and municipal governments due to Covid-19. People had nothing to do and all day to do it.

Therefore, many of the demographics not normally associated with esports gravitated to it because there was simply a lack of options. And even more surprising is that many of the new arrivals have stayed true to their new hobby rather than abandon the one bastion of recreational salvation available when the pandemic was at its peak.

As for the soaring prize money, consider Dota 2’s The International 10, or TI10 for short, with over $40 million in prize money with north of $14 million earmarked for the winner. That is certainly not chump change and the esports phenomenon has become so mainstream that even the best online bookmakers have developed impressive sports odds apps that offer odds on all of the major esports tournaments. If people weren’t interested there would be no appetite for betting on them, but such is not the case, and plunking down a few bucks on your favorite esports team is becoming much more common.

And because of the insatiable appetite for better graphics, more realistic gameplay, and a more immersive experience, the developers and publishers must strive to innovate cutting-edge technologies to capture the imaginations of their customers.

There is plenty of competition and no shortage of very smart people pushing the bounds of technology. Developers like Epic Games (Fortnite), Valve (Dota 2), Riot Games (League of Legends), and Activision Blizzard (Call of Duty) lead the way with massive budgets and plenty of architecture already in place for new projects. But it would be unfair to overlook the many indie developers who do so much with a lot less than the behemoths of the industry. 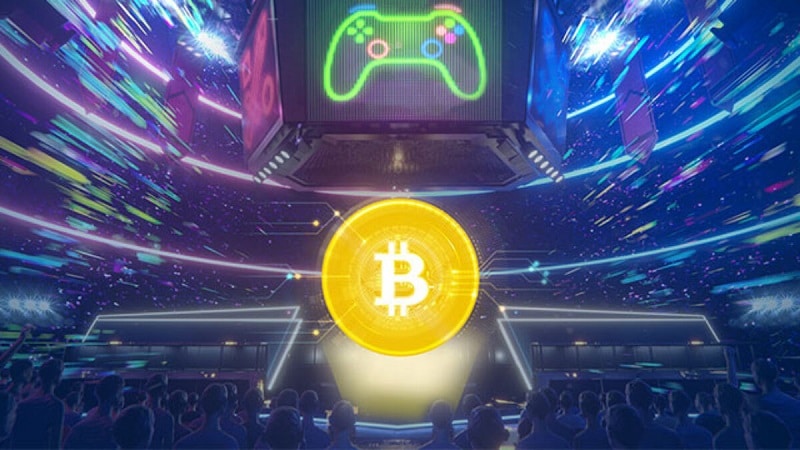 When we think of avant-garde technologies, blockchain and cryptocurrency are certainly among those that leap to mind. Therefore, it is not surprising that ESL, an esports organizer, and producer of global competitions, decided to collaborate with Coinbase.

Eli McCarrel, Director of Global Brand Partnerships at ESL Gaming, emphasized: “This is a partnership between two like-minded companies at the forefront of technology and innovation.

“We look forward to bringing Coinbase into the ESL family and integrating them into future ESL initiatives. This is an industry-shifting partnership and we couldn’t be more excited for what’s ahead.”

To which Eryn Alexander, Brand Director at Coinbase, echoed, “In its early days, few people foresaw the potential of esports becoming the vibrant and robust thing it is today. We believe the crypto-economy is on a similar trajectory, and we’re thrilled to find partners like ESL who share our sense of foresight and optimism.”

But this is by no means the only partnership of its kind. This is merely an indicator of many more like it to come. Speaking of which, we can point to Esports company, Fnatic, agreeing to a five-year partnership with cryptocurrency platform heavyweight, Crypto.com, worth an estimated $15 million.

“Fnatic boasts one of the most connected, involved, and supportive fanbases in the world and this landmark deal with Crypto.com allows us to further cater to their everyday needs. As cryptocurrency becomes a mainstream payment method, there’s never been a better time to help our fans make smarter, healthier, and future-proof cryptocurrency decisions.”

Kris Marszalek, co-founder, and chief executive of Crypto.com, added: “We’re really excited to launch a fully integrated partnership with Fnatic, which marks a milestone for our industry. With more than 200 championships, their team has excelled in-game and out, and rightfully established itself as the leading team in esports.”

Fnatic will be advertising Crypto.com’s logo on their team jerseys and the brand will also be branching into the ever-popular non-fungible tokens (NFTs) that we have seen on everything from NBA Top Shot “moments” to digital artwork. Football icon, Tom Brady, recently got into business as a founding member of Autograph which has its own NFTs on the DraftKings marketplace platform.

As people become as accustomed to buying NFTs as they are buying stock, and those same people begin using cryptocurrency as casually as they use hard currency, then there will be an endless market waiting to be sated. The software developers and esports game organizers are just getting ahead of the game by uniting with digital currency companies, as they chart a course for what looks like a limitless future.