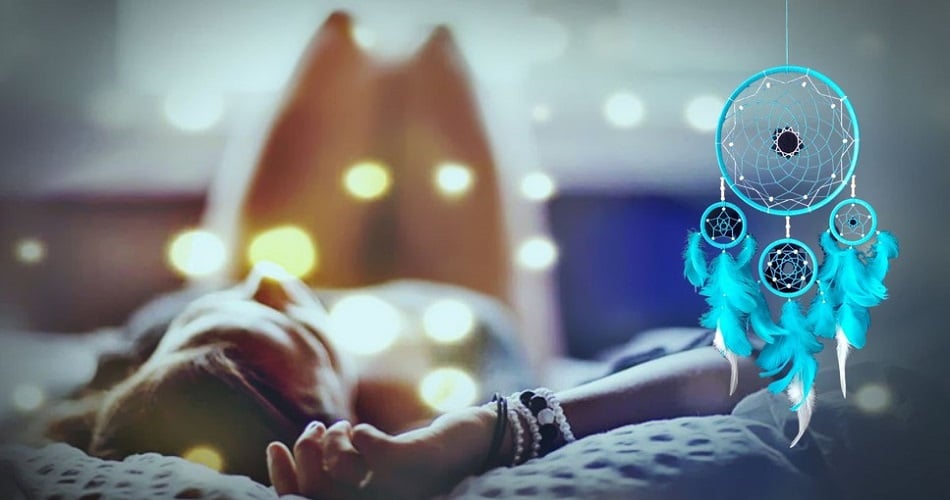 A dream chaser is a small hoop with beads, feathers, and a mesh. It is believed d to block bad dreams and catch good ones.

A dream is a series of images that involuntarily plays in the brain during certain stages of sleep. Dreams occur during the random eye movement stage of sleep. 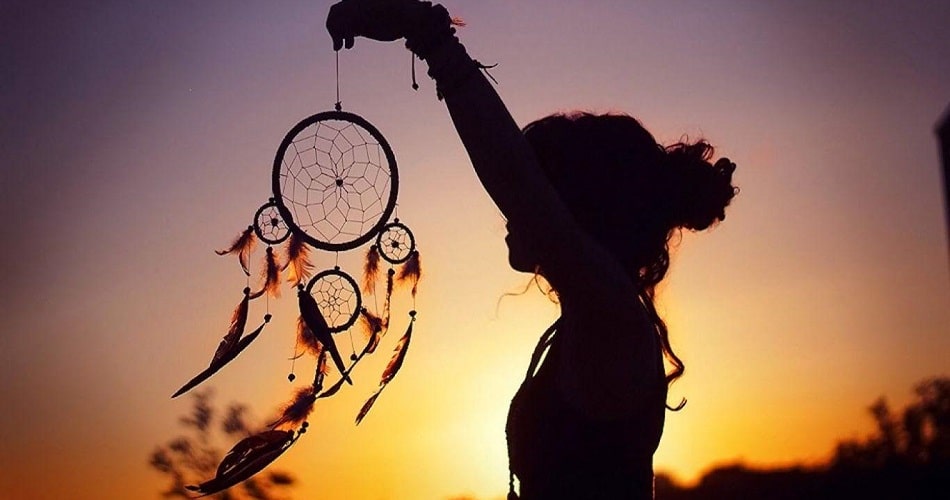 The Native American culture valued dreams. They believed good dreams are a blessing. Nightmares were connected to the bad omen.

A dream catcher's hoop is made of wood. A mesh is woven onto the hoop. Feathers and beads are placed on it too. 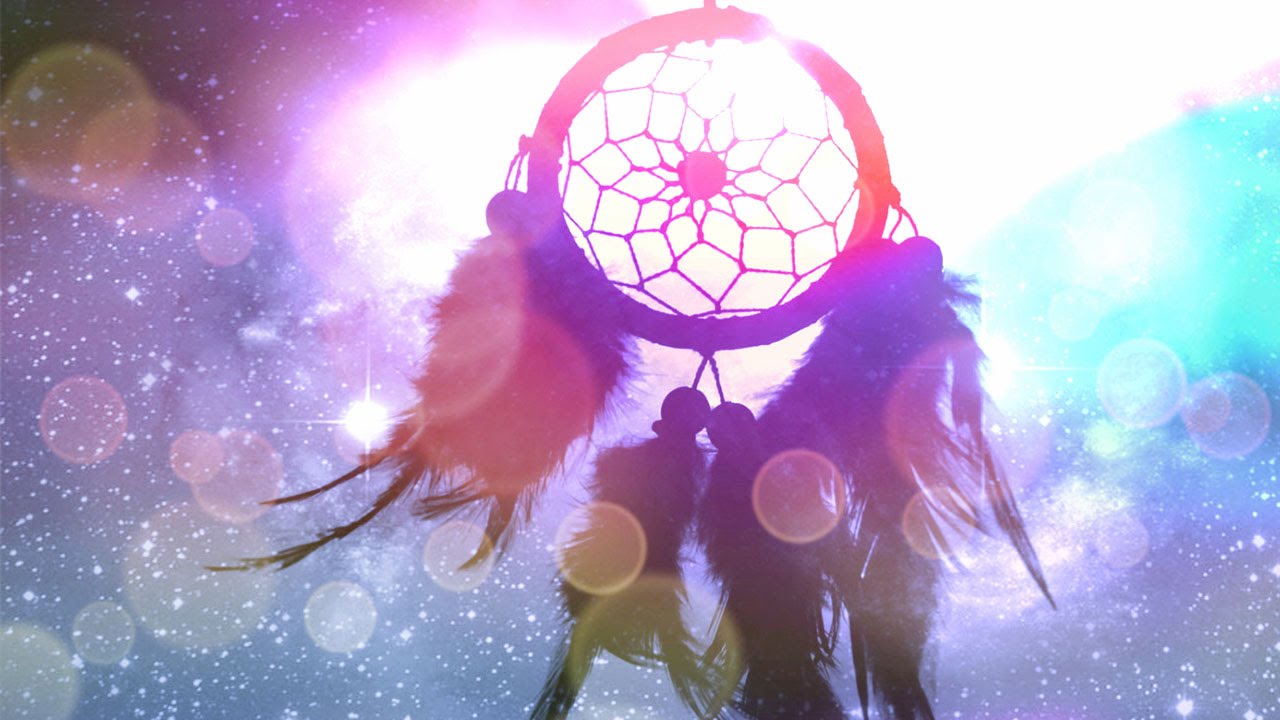 It has more to do than enhancing the aesthetic of the house. Dream catchers have an interesting story and history behind them.

The native Americans believe that the dream catcher protects people from bad dreams and nightmares. They hang above the beds.

There is a common belief that the air is full of dreams.  A dream catcher filters out bad dreams and allows good dreams to pass.

An authentic dream catcher should be crafted by a mother suing the right materials. They are also small and rare to find.

Origin of the Dream Catcher

The Ojibwa word for dream catcher is asabikeshiinh. It means spider. It refers to the spider web.

The Ojibwa tribe considers the spider a symbol of protection. They believe that there existed a maternal spider woman who protected children and the whole tribe.

They believed that it could protect their families and children even from a distance. Traditionally, they use gemstones to create beads.

The Lakota tribe has a different story about dreamcatchers. They believe that a spiritual leader had a vision of a trickster and a teacher spirit who took the form of a spider. The trickster was called Iktomi.

Iktomi took a small hoop and started weaving a web over it. He spoke about the circle of life. He said how life has good and evil forces.

He instructed that they should strive to follow the good forces. Choosing good forces led to benefits. Bad choices had consequences.

The dreamcatcher was a perfect circle with a hole in the middle. The common belief is that it filtered out evil forces and captures good ones. The Iktomi brought back the dreamcatcher to be used to catch good dreams.

The most famous legend about the dream chasers involves a grandmother and a spider. The grandmother admires as she watches a spider spin its web next to her bed day after day.

The grandson asks N'okomiss why she is protecting the spider. She doesn’t answer. The spider thanks N'okomiss for saving its life. As a sign of good gesture, the spider teaches N'okomiss how to weave a web.

The spider tells N'okomiss that every web she is going to weave will be able to catch bad dreams.it also catches good dreams.

Every legend emphasizes the relationships between dreams and the spiritual life. It emphasizes protection from bad dreams.

Symbols of  the Dream Catcher

The circular frame represents the earth. It also symbolizes nature, life, and eternity. The circular hoop is a symbol of the continuous flow of creation.

Life is a cycle with no beginning and no end. It also shows the continuous circular movement between the sun and the moon.

The woven bit of the dream catcher mimics a spider's web. The spider is a symbol of protection.

The center of the web represents the heart. It filters the bad dreams and catches the good ones.

Some believe the beads represent the spider. Others believe that it represents the dreams that were filtered out.

The number of points

Medicine dream catchers have a cross at the Centre. The cross represents the four sacred directions.

Each of the four materials used to make the dreamcatchers symbolizes an element of nature. The wooden hoop represents the earth. The feathers represent air. The bad dreams consumed by light represents fire. Water makes the materials manageable.

Meaning of the Dream Catcher

They believed that dreams open up one's mind to the supernatural realm. Therefore, they considered good dreams a blessing. On the other hand, nightmares were considered a curse. That is where dreamcatchers came in.

The dreamcatcher originated from the Native American culture. The tribes believe that the dreamcatcher is a protective talisman used to protect from nightmares. The air has good and bad dreams. It has good and evil forces. The web prevents bad dreams from passing. The nightmares are destroyed when exposed to the sun in the morning. The pass good dreams are passed down through the feathers to the bed.

The dreamcatcher represents the spider woman who protected the Ojibwa tribe. When she could not guard all of them since they were scattered she created a dreamcatcher. For the Lakota tribe, the hoop is a symbol of life. Life consists of good or bad choices. These choices have consequences. The dreamcatcher prevents you from being influenced by evil forces. It can act as a lucky charm.

The Lakota tribe has slightly different beliefs. They say that bad dreams go through the hole in the middle of the web. The bad dreams pass and are lost forever. On the other hand, good dreams are captures.

The dreamcatcher is an interface between the physical and the supernatural realm. It is a constant reminder of nature and mortality.

The Dreamcatcher in Modern-Day 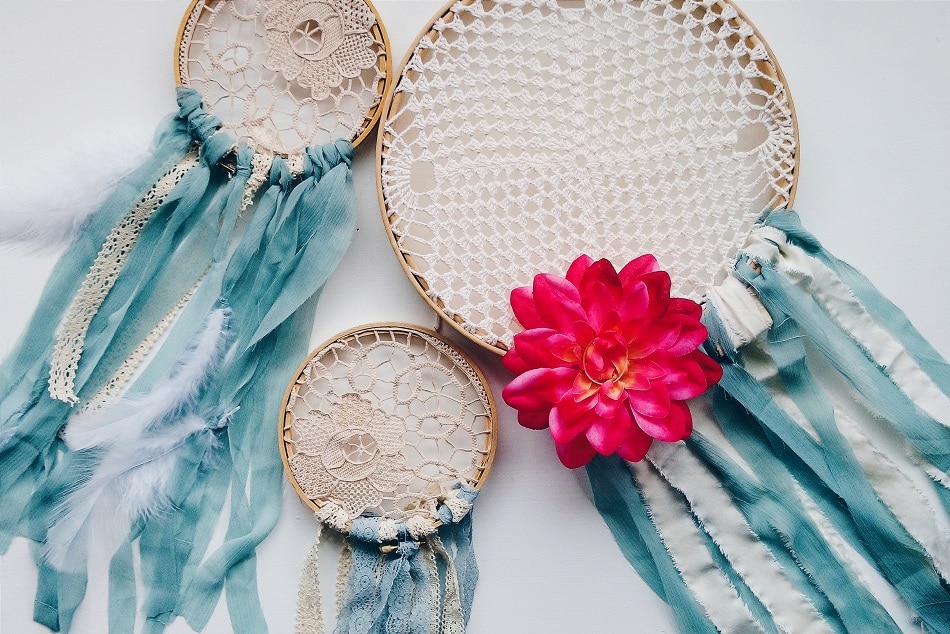 The dreamcatchers are still in use in the present day. They are used in the following ways.

The design and material used to make dreamcatchers are slowly changing. It is created according to a person's specifications and preferences.

Dreamcatchers are a vital part of the Native American tribes. The Ojibwa tribe values dreams. They used dreamcatchers to block out nightmares and catch good dreams.

A dreamcatcher has different components. The wooden hoop represents the continuous flow of life. The web mimics the spider's web. It is the dream filter.  The web blocks nightmares. Good dreams are passed down through the feathers. The beads show dreams that are filtered out.

An authentic dream catcher has the right size. It has the right materials. It is placed in the right location. The Ojibwa tribe recommends that it should be hanged above the bed.

The purpose of the dreamcatcher is to block out bad dreams and to catch good dreams.