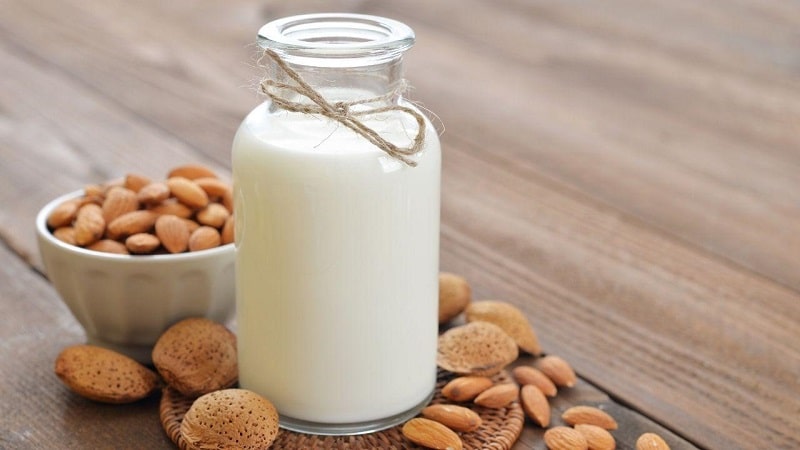 The demand for a substitute for dairy milk has increased and spurred the emergence of alternatives such as plant-based milk. These alternatives offer the advantage of not containing lactose and allergens from milk proteins.

In addition, plant-based milk is rich in beneficial bioactive components such as antioxidants, polyunsaturated fatty acids, fiber, and phytosterols.

Among these milk substitutes, almond milk has been proven to be a top choice by the market. Almond milk also has no cholesterol and is sold with added vitamins and minerals. Almond milk, being a rich source of nutrients, is a good medium for spoilage microorganisms. Yes, almond milk can become spoiled. But what are the signs that you can’t drink your almond milk anymore?

Most available almond milk in the market are heat treated using ultra-high-temperature processing or the use of temperatures way above 100°C for a very short time to render the milk safe from pathogenic microorganisms. Sealed in tight tetra paks, almond milk can stay wholesome for at least 3 months, sometimes longer.

The problem sets in when the carton has been opened and exposed to the environment. When opened, your almond milk can last up to  7-10 days if it is properly stored in the refrigerator.

Now that you know how long your almond milk can stay wholesome, learn how to tell if you need to toss it out into the bin.

Unless the packaging of your almond milk indicates “Expiration Date”, your almond milk will stay wholesome and at its best until the indicated “Best Before Date” especially if left unopened. Remember that the shelf-life of these products immediately shortens once it is opened. Best before date only indicates the wholesomeness of the product. Minor changes may occur as the product approaches this date but does not mean it is spoiled

Although not entirely a complete sign of spoilage, almond milk is supposed to have an off-white color, sometimes white when pretreated, and any change in color may indicate that changes have undergone with the milk. This may be the first sign to spark an inquisition in your mind and suspect spoilage.

It’s an entirely different story when you see specs of different colors, such as black or green in your almond milk. This may be an indication that your milk has been contaminated by mold. Although unusual, it is possible to see brown specs that look like hulls. This is most especially true when you try to make your own almond milk. These specs may be from the skin of almonds.

Unless fortified with lecithin or other emulsifiers, almond milk and other plant-based milk tend to have sediments settling at the bottom of the carton. Since the carton is not transparent, you can observe this as the top portion of the milk becomes less cloudy. That’s why you have to shake it before pouring.

Although this is a normal situation, it’s an entirely different case when curds are formed. These curds are actually denatured proteins that are formed due to the decrease in the pH of the milk.

Curd formation means that the pH of the milk is near the isoelectric point. This phenomenon only tells us that the net charge between the components of the milk is equal to zero, therefore repulsion is not present and proteins tend to coagulate. These curds may have potentially pathogenic microorganisms with them which might cause food poisoning. If it has any thick parts or is curdled, throw it away.

Almond milk is popular in the market, it also tastes good as other milk substitutes. if you are still hesitant about the almond milk has gone it's shelf life or not, you can take a sip to judge. Once the almond tastes sour or abnormal, throw it out decisively! There's no doubt that the almond milk spoiled.

Since it’s not generally safe to try almond milk when you are already suspecting that it is spoiled, the best way to check it if curds are not present is through smell. As a consequence of microbial spoilage, the microorganisms start to break down the present sugars in the milk and produce acids and volatile compounds with an off smell.

One this is for sure, throw that carton out! Bloated cartons are caused by the gas produced by fermentative bacteria. So unless you want a trip down the emergency room, better toss that out.

Now that you know that are the key signs of spoiled almond milk, let us teach you how to prevent these from happening.

How to prevent almond milk from going bad? 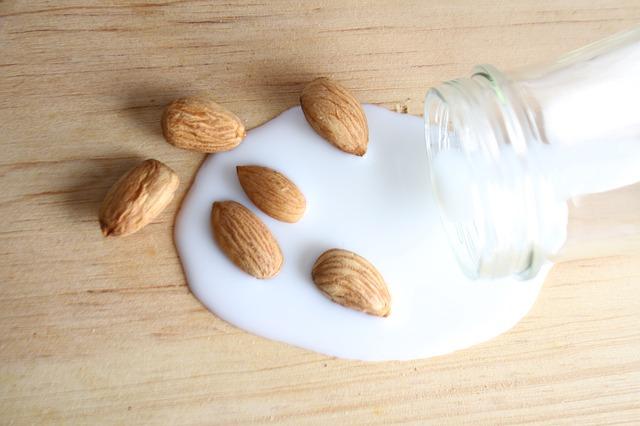 While there are only a few things that we can do to prevent spoilage of almond milk, they are very easy to do! Here are some steps and precautions we need to ensure.

If you have very limited space in the cupboard or your place is too hot, there’s no shame in putting your unopened almond milk inside the refrigerator. An unopened box of almond milk is not very susceptible to spoilage but will benefit from a lower temperature.

Refrigerating it may slow the growth of any microorganisms that could have contaminated the lid when you have opened your milk. After opening, the shelf-life of your milk will be reduced to at least 14 days inside the refrigerator but will spoil in hours if you just leave it at room temperature.

Keep the milk on a shelf where the temperature reaches a consistent temperature of 10-15°C without any fluctuations. Your refrigerator’s door is very prone to temperature changes every time you open it which encourages the growth of microorganisms. Try to put your milk farther back.

Some almond milk contain preservatives, either natural or artificial. Those with preservatives are expected to last longer for up to 4-6 months when unopened. These products will generally last longer in refrigerators even if you have opened them.The points we mentioned are just key signs to tell if your milk has gone bad. As most almond milk is processed using ultra-high-temperature pasteurization, spoilage when unopened is highly unlikely unless a defect has occurred in the packaging.

If your almond milk is left unopened, yet it is refrigerated, it has more chances of staying fresh longer than the indicated best before date. In addition, temperature abuse and other factors during storage or transport may merit a shorter shelf-life. Drinking almond milk that has already gone bad may pose health risks.

Since the most probable cause of spoilage is microbial contamination, their by-products may cause adverse effects to you. Try not to be tempted to drink the whole carton once signs have already surfaced.

To ensure that your almond milk is safe, and so are you, purchase your cartons meticulously and always keep them refrigerated with a consistent temperature. Enjoy your nutritious almond milk without worrying if you’ll eventually have trips to the comfort room by knowing the key signs of spoilage.

Almond Milk and the Ultra-Pasteurization Process.

This process involves heating the milk at 150 °C for one to two seconds to kill any pathogenic microorganisms. Milk processed with this method is generally stable.

Most of the time, yes. Unless it’s just sedimentation, which is highly natural for almond milk. If the milk starts to coagulate or form curds, the acidity of the milk has increased which is an indication of contamination.

What causes the black specks in almond milk?

Sometimes, black specks can be mold especially if the specks look a bit fuzzy. Inspect the materials you see. Brown ones may just be almond skin which is very usual for homemade almond milk.

Can expired almond milk be drunk?

We wouldn’t recommend you to do so. Expired almond milk may mean that bacteria have contaminated the product and may cause food poisoning.