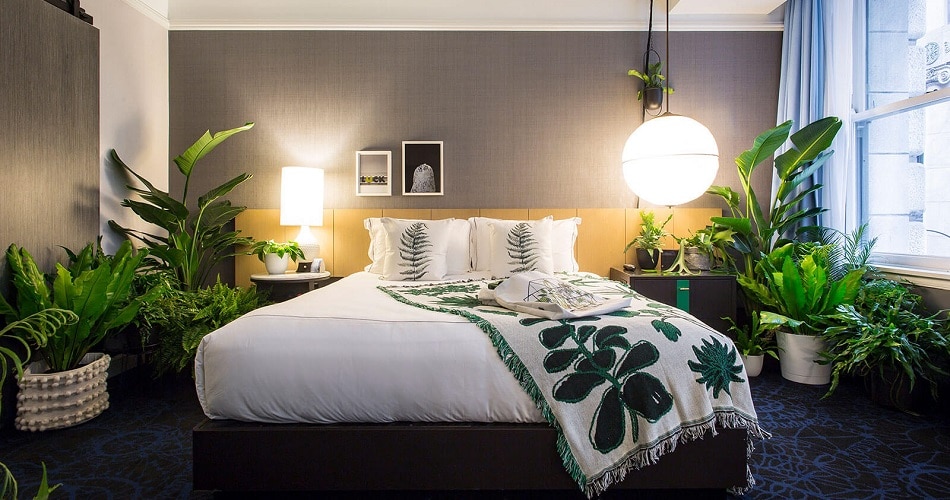 Find out how particular types of plants release oxygen during the night. We have chosen for you the best plants for bedroom oxygen. 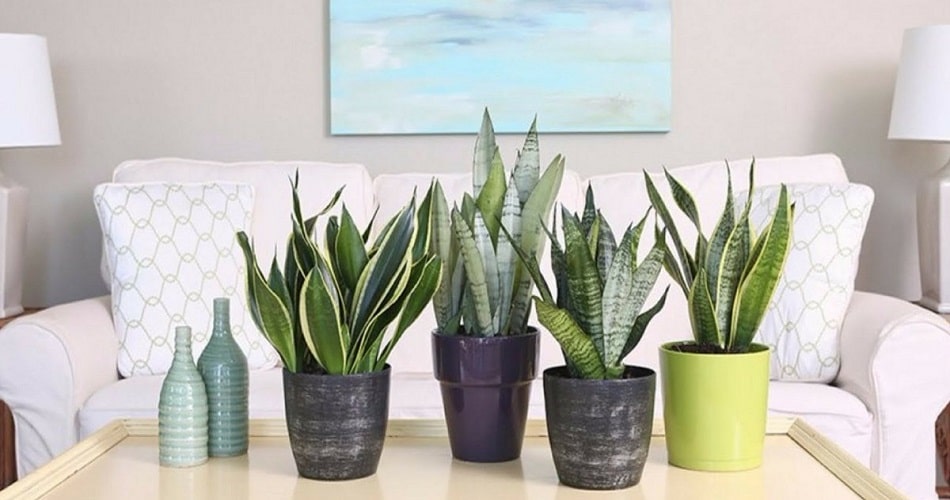 However, we are going to highlight unique plants that still take in carbon dioxide during the night. We will explore how that is possible. Here is a list of the best plants that you can use for bedroom oxygen.

Photosynthesis is the process through which plants convert energy from the sun to chemical energy that can nourish them. 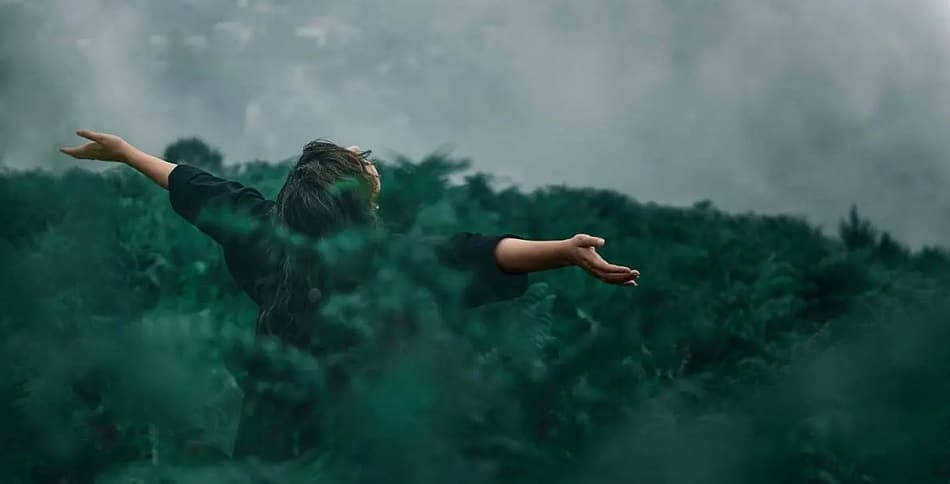 Light energy is needed to convert carbon dioxide, minerals, and carbon dioxide to get oxygen and organic compounds rich in energy.

In the absence of light, the plants still need the energy to thrive. They use the organic compound rich in energy and oxygen to produce energy for the plant. This process is called aerobic respiration.

The process of respiration in plants happens throughout the day. However, it is more evident at night since photosynthesis ceases.

Crassulacean Acid Metabolism is a unique type of photosynthesis that occurs in plants found in arid areas. The plants in the arid regions evolved to thrive in harsh environments. The stomata remain closed throughout the day to prevent evapotranspiration. 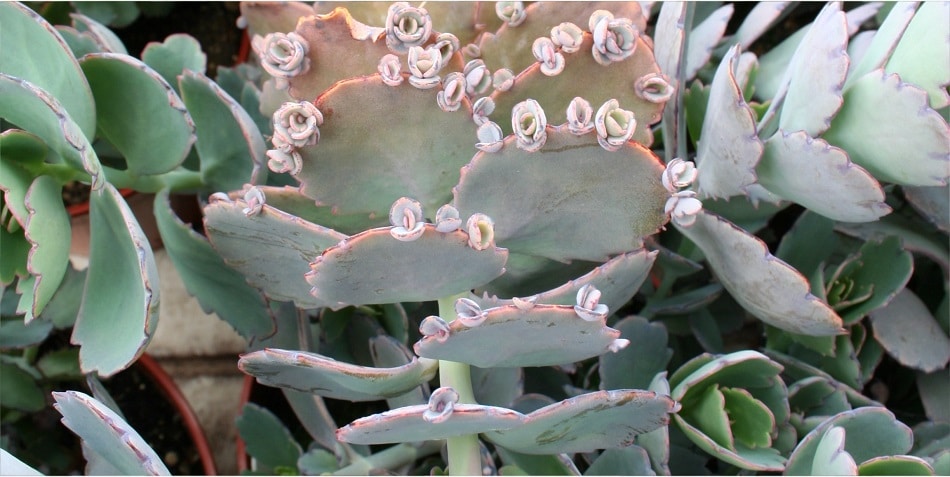 The stomata are only open at night to absorb carbon dioxide. The carbon monoxide is stored in the form of malic acid. During the day, since there is no Carbon dioxide intake, the malic acid is converted to carbon dioxide from photosynthesis.

The plants which experience this type of metabolism release oxygen during the night. However, the amount of oxygen released is less compared to photosynthesis.

Having these types of plants improves the quality of air during the day and night. They can help you to sleep better at night.

A study was conducted to evaluate how microorganisms in plants can help reduce air pollutants in the air. These plants purify the air by removing high concentrations of smoke, radon, and organic solvents.

Below are plants that release oxygen during the night. They help improve air quality to help you get better sleep. 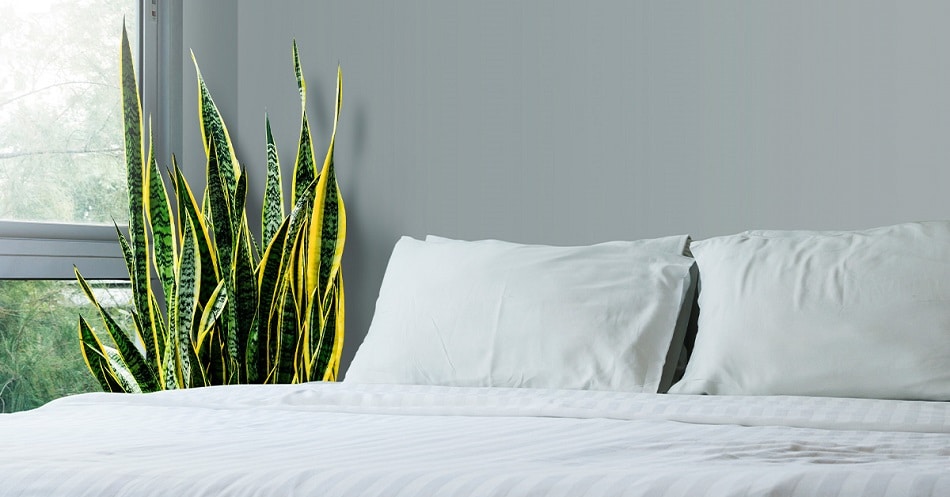 The snake plant originated from Asia and Africa. Its scientific name is Sansevieria trifasciata. The leaves are sword-shaped and evergreen. It adds oxygen and removes carbon dioxide in the air at night.

They add aesthetic value and purify the air. You don't have to take too much care of the snake plant because It doesn't require a lot of water and light. This is also a manifestation of their tenacious vitality.

The benefits of the snake plant are as follows:

They are poisonous. Therefore, you should keep the plants away from children's' reach. 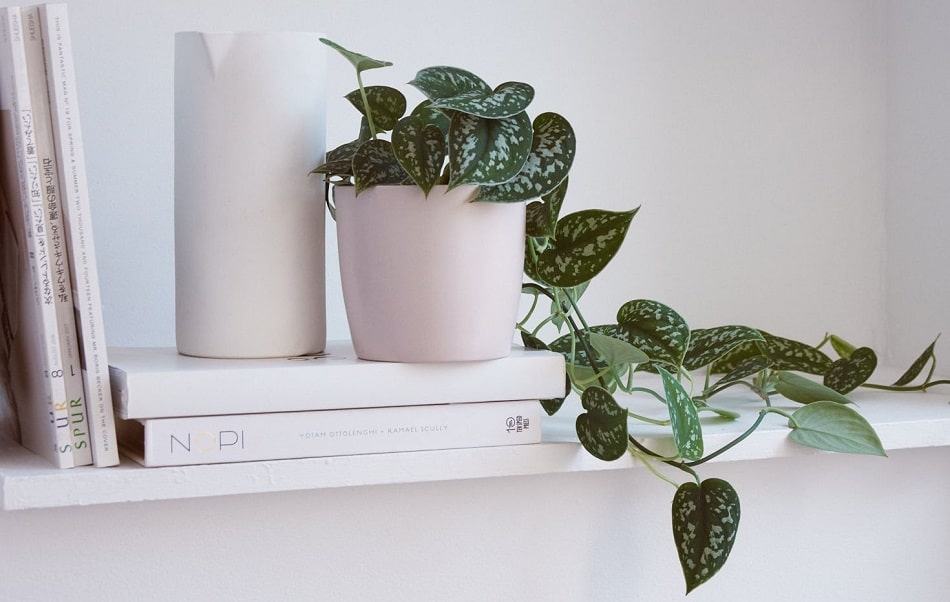 The scientific name of the Golden pothos is the Epipremnum aureum. It is known for having trailing vines. It originated in the Solomon Islands. It's considered the easiest plant to grow. You don't have to stress it if you forget to water them. They grow well in areas with good sunlight but can still grow in places with little light.

They are easy to grow. You only need to place the stem cutting in the potting soil. It purifies the air in your home by producing oxygen, allowing you to breathe more comfortably. But it's toxic to cats and dogs, so you must be careful if you have a pet. 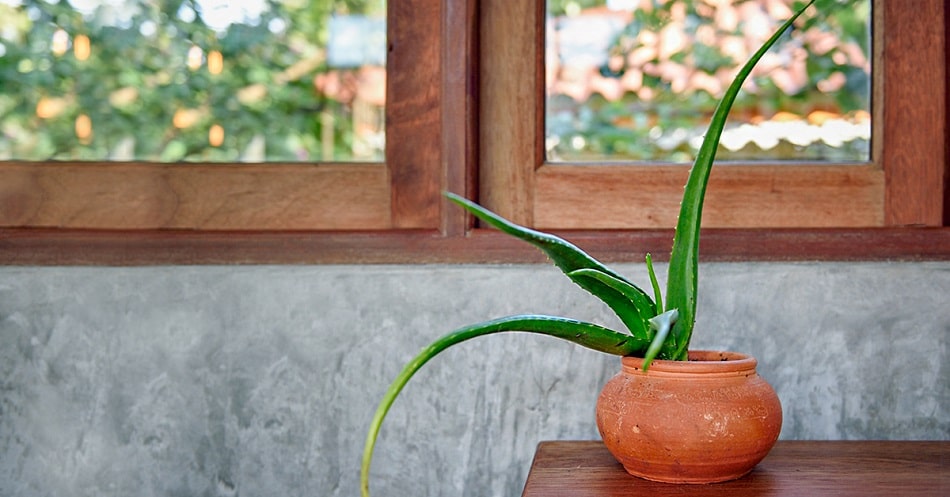 Aloe Vera is a perfect bedroom plant choice. It removes carbon dioxide from the air and releases oxygen at night. It also carcinogens like benzene and formaldehyde.

Apart from its aesthetic value and purifying the air, it can treat burns and sores. It is used in making beauty products, soaps, and toothpaste.

It requires little water to thrive. It thrives with sufficient sunlight. It requires very little maintenance.

It can cause nausea or indigestion when ingested. It is even more harmful when taken in large amounts. 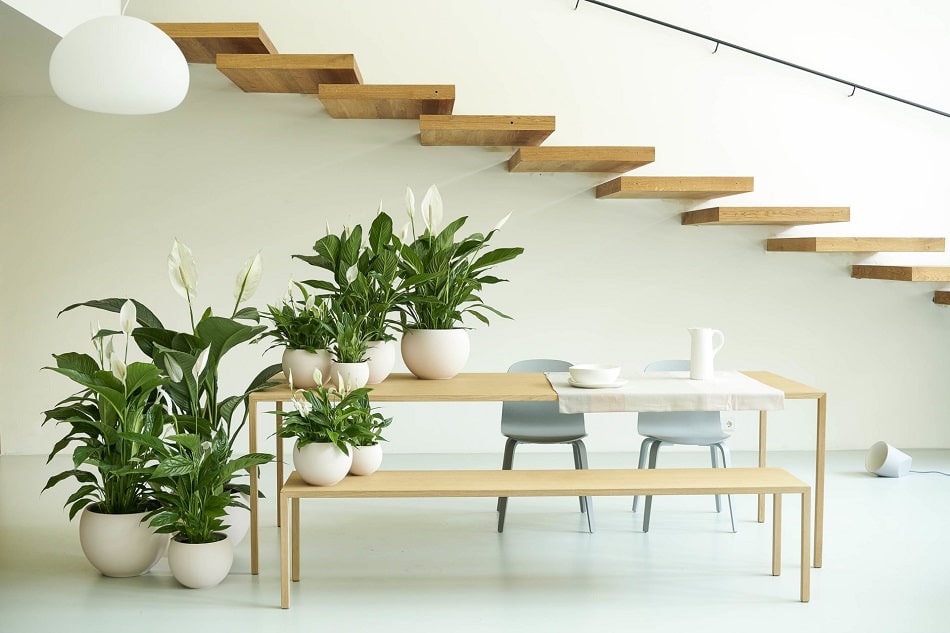 The Peace Lily is also known as the Spathiphyllum. It has dark leaves and white flowers. It can grow with medium to low light. The white flowers bloom more when the Peace lily gets enough light.

The peace lily has a high chance of dying when you overwater it than when it is under-watered. The plant does not need frequent fertilizing. You will need to report if it outgrows the pot you are using. It is easy to take care of the Peace Lily.

Peace lily can increase the humidity of your bedroom by 5%. High humidity can reduce the risks of respiratory diseases and colds.

It attracts a lot of dust and may need frequent cleaning.

Lavender is a Mediterranean plant with a strong scent. Its scientific name is Lavandula angustifolia. They require good soil and thrives in soil with good drainage.

Lavender doesn't require a lot of water to grow because of Its drought-resistant. Overwatering the plant will cause it to rot. It requires little maintenance. The Lavender only needs plenty of light and warm temperatures for growth and no fertilizer to the plant.

Put it in your bedroom, and its unique aroma will help you get a better night's sleep, which will keep you energized the next day.

It is not easy to grow from seeds. 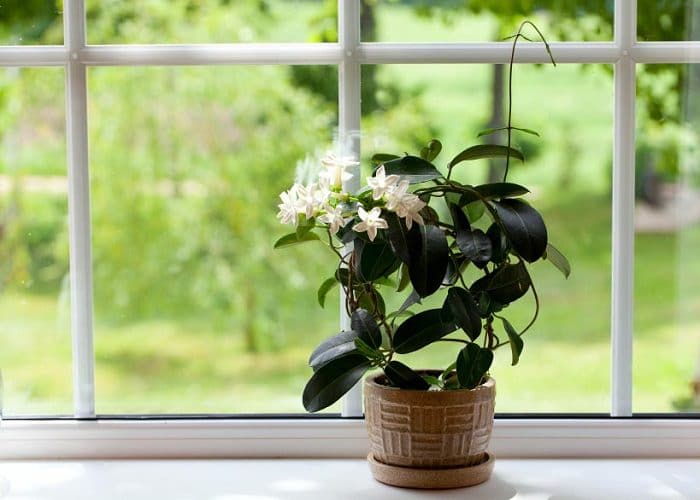 The Valerian plant originated in Europe and Asia. They had a lot to the aesthetics of the bedroom because of the pink and white colors. It grows to a height of about five or six feet.

Valerian has a sweet scent and has been in use for a long time to solve sleep disorders. The root consists of compounds that promote sleep and reduce anxiety. It is possible because it interacts with a chemical in the brain called gamma-aminobutyric acid.

Inhaling the scent of the valerian plant can induce sleep. You can also add its petals to your bath to prepare for bedtime.

It requires a lot of sunlight to thrive and thus cannot grow in locations with little light. It requires almost six hours of light from the sun. 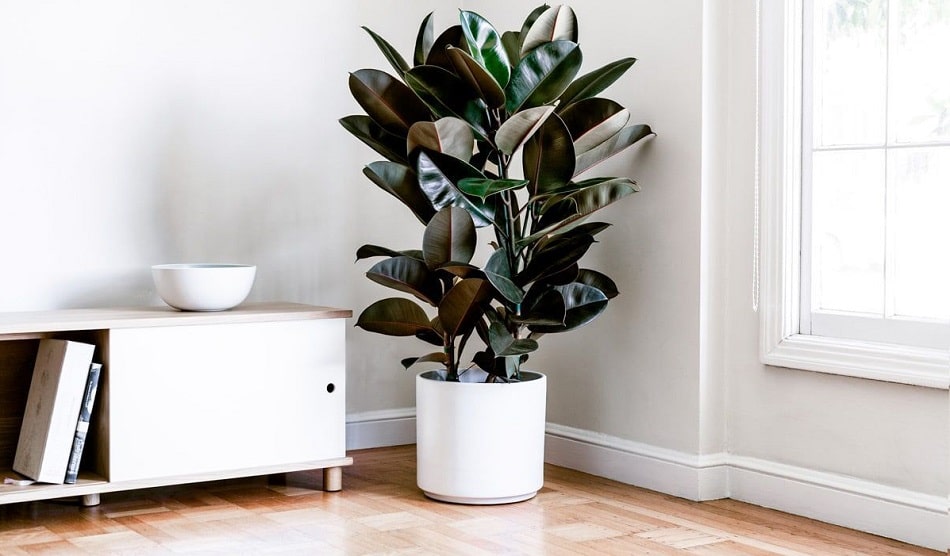 Its scientific name is ficus elastic. It cannot thrive in low light conditions. It grows to a greater height. However, growing it in a pot can restrict its growth. It requires good drainage and a well-aerated pot. It requires bright light. However, it can thrive in low to medium light. The leaves turn yellow or brown when it is overwatered. Fertilizer is applied during the growth stage. Pruning is not necessary but it will make it look good.

The Rubber Plant's large leaves make it a very efficient oxygen converter and producer. Simultaneously, the air's general pollutants and toxins are consumed and killed by the microorganisms living in its soil. They are removed from the air circulation, making the rubber plant play the role of purifying the air. 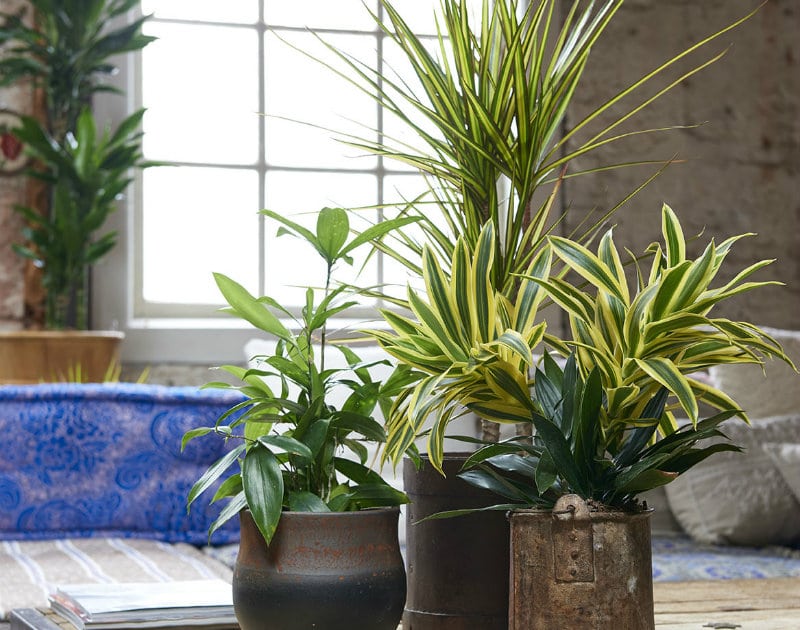 The Dracaena plant has its origin in Madagascar. It has red gum-like resins. It is a low maintenance plant. It can grow up to three feet high. The plant can thrive in low-medium light. It requires little water. Overwatering may cause it to develop yellow patches. It purifies the air and adds aesthetics to your bedroom with its beautiful color pattern.

This Plant can absorb indoor air pollutants such as formaldehyde, benzene, trichloroethylene, and carbon dioxide, keeping the air clean. It can also increase indoor humidity, reducing coughing, sore throats, and other breathing problems.

They can harbor pests and mealy bugs.

One of the ways to improve sleep is to create a favorable environment. It is necessary since you spend the majority of your day in the bedroom. One of the ways to do this is to add real plants to aid in relaxation. Plants are a healthy alternative to using candles.

Some types of plants exhibit a unique type of photosynthesis called Crassulacean Acid Metabolism. They take in Carbon monoxide and release oxygen throughout the night.